Part of the series
JORGE SEMPRÚN

A refugee in Paris after fleeing the Spanish Civil War, Jorge Semprún (1923-2011) would eventually join the French Resistance, be arrested by the Gestapo and deported to Buchenwald. After liberation, he worked as a clandestine Communist operative between Spain and France. Kicked out of the party in 1964, he wrote novels, memoirs, plays, and scripts for Joseph Losey, Costa-Gavras, and Alain Resnais, beginning with his own story, La Guerre est Finie. Semprún’s movie star looks and heroism made him a 20th century legend.

Ms. Fox Maura is a writer and Professor of Spanish and Comparative Literature at Williams College. She has a BA from Sarah Lawrence College and a PhD in Comparative Literature from the Graduate Center of the City University of New York. She is the author of three books. Her work focuses on biography, and on the the intersections between literature, memoir, and history in the contexts of the Spanish Civil War, World War II, and the Cold War.

Following the screening, Ms. Fox Maura will be signing copies of her book Exile, Writer, Soldier, Spy (available for purchase at concessions) in the lobby.

“Jorge Semprún led one of the more interesting lives of the 20th century, and he has an oeuvre to match... Fox Maura’s impeccable biography expertly dissects the complex nuances of Semprún’s work and experiences, doing justice to a singular life.”
– Aaron Shulman, Los Angeles Review of Books (read the full interview with Soledad Fox Maura here) 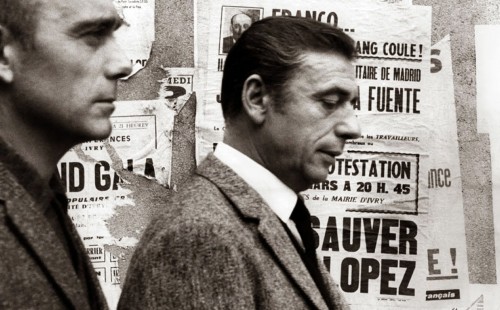