Jan Oxenberg is an independent filmmaker turned TV Writer/Producer whose film THANK YOU AND GOOD NIGHT had its theatrical premiere at the Film Forum in 1992, following a successful world premiere at Sundance. Jan had made three short lesbian themed films before the feature which have been shown to audiences around the world. After the release of Thank You And Good Night Jan intended to continue as an indie feature writer/director and developed features for Geena Davis, for American Playhouse/the Goldwyn Company, for MGM -- none of which got made. Whether gender played a role or whether it was simply the difficulty of getting films made we don't know. But Jan considers herself lucky to have been asked by Jason Katims who she met at the Sundance Writer’s Lab, Ed Zwick, Marshall Herskovitz and Jason Katims (who saw Thank You and Good Night at the Sundance Writer's Lab where he and Jan were developing feature scripts) to write for television, on Jason's first show, Relativity. Jan has gone on to be a Writer/Producer on the staffs of ten drama shows including Parenthood, Pretty Little Liars; Cold Case; Chicago Hope; Once and Again, In Plain Sight.

She’s brought her activism into this mainstream TV career, writing the first primetime lesbian kiss for Katims' Relativity (six months before the Ellen coming out show), the first primetime character to have an abortion since Maude in the ‘70’s for ABC’s Nothing Sacred, and writing LGBTQ themed story lines for every show she’s worked on. She is the recipient of Planned Parenthood’s Margaret Sanger Award for her episode of Cold Case featuring Jane, the service that helped women get safe abortions pre-Roe v Wade. She's on the Board of the Writer's Guild Foundation where she helped found the Veteran's Mentoring Program. And, she and a fellow writer are the only civilians in the history of the LAPD to get into a shootout on a ridealong while on Michael Mann's show Robbery Homicide. She created a series of videos for the Hillary Clinton campaign that did not stop Putin from stealing the election. She is grateful to Criterion, IndieCollect, the New Yorker, and Film Forum for giving Thank You and Good Night a new life.

Winnie Holzman is the writer (with composer/lyricist Stephen Schwartz) of the hit musical Wicked. She got her start writing for the groundbreaking TV drama thirtysomething, and went on to create another memorable series-- My So-Called Life starring Claire Danes. She later executive produced (again with her mentors Marshall Herskovitz and Edward Zwick) the series Once and Again and (with her daughter, Savannah Dooley) the ABC Family Series Huge. Most recently, she collaborated with Cameron Crowe and J.J. Abrams on the Showtime series Roadies. Sometimes recognized as the chocolate-obsessed woman in the beloved movie Jerry Maguire and as Larry David’s wife’s therapist on Curb Your Enthusiasm, Holzman is a graduate of Princeton University, and holds an MFA from the NYU Musical Theatre Program. 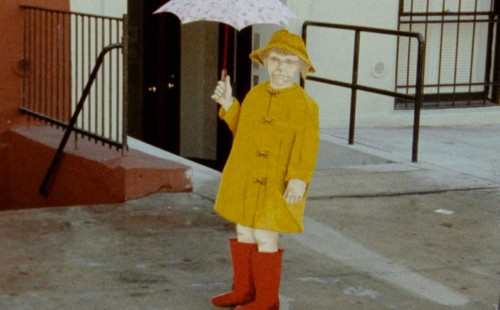