PRESIDENT Introduction by Kia Corthron, Author of Moon and the Mars 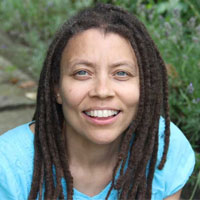 Kia Corthron's debut novel, The Castle Cross the Magnet Carter, was the winner of the 2016 Center for Fiction First Novel Prize and a New York Times Book Review Editor's Choice. She was the 2017 Bread Loaf Shane Stevens Fellow in the Novel. She is also a nationally and internationally produced playwright. For her body of work for the stage, she has garnered the Windham Campbell Prize for Drama, the Horton Foote Prize, the United States Artists Jane Addams Fellowship, the Flora Roberts Award, and others. She was born and raised in Cumberland, Maryland, and lives in Harlem, New York City. Moon and the Mars is her second novel. 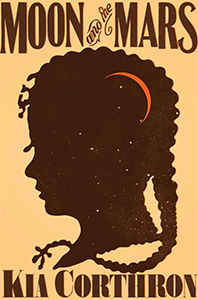 "Rarely does one encounter a book that can so profoundly change a reader. Moon and the Mars is that book. Corthron, a true heir to James Baldwin, presents a startlingly original exposure of the complex roots of American racism and classism as well as a sweeping exploration of love in all its myriad forms. The best work of fiction I have read in many years." – Naomi Wallace, MacArthur "Genius" Playwriting Fellow and author of One Flea Spare