The Arab Film & Media Institute (AFMI) aims to be a complete ecosystem to find, nurture, and showcase Arab talent in the United States. Starting with organizing school screenings, and growing into offering filmmaker services and original programming, AFMI is the place for Arab cinema and its fans, and the home of the Arab Film Festival.

Born in Tangier, Morocco, in 1980, Maryam Touzani spent her childhood in her native city before pursuing a university degree in journalism in London. Passionate about writing, she moved back to her country after her studies and worked as a journalist, specializing in North African cinema. Soon, she felt the urge to express herself though her own films. In 2008, she wrote and directed a documentary for the first National Women’s Day in Morocco, an important date for the country, followed by a number of other documentaries, followed by the short fiction films “When They Slept” (which won a total of seventeen awards at festivals worldwide in 2012) and “Aya Goes to the Beach”(which garnered fifteen awards worldwide in 2015). She began working with filmmaker (and co-screenwriter/producer on THE BLUE CAFTAN) Nabil Ayouch on his acclaimed MUCH LOVED (2015), which opened at the Director’s Fortnight at the Cannes Film Festival. She co-wrote the screenplays for Ayouch’s next two films, RAZZIA (2017 – in which she also starred) and CASABLANCA NIGHTS (2021). Both her feature film directing debut, ADAM (2019 – screening at Film Forum on February 11) and THE BLUE CAFTAN premiered at the Cannes Film Festival in the Un Certain Regard competition (where the latter won the International Critics’ Prize). Both films were selected as Morocco’s official submission to the Academy Awards® in the International Feature Film category, in 2020 and 2023 respectively. Touzani became a member of the Academy of Motion Pictures Arts & Sciences in 2019. Photo by Carlyle Routh, courtesy of TIFF. 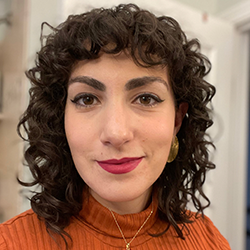 Yasmina Tawil is a film programmer & curator living in Brooklyn, NY. She is the Director of Film Programming at the Arab Film and Media Institute and holds a degree in Film & Television from Boston University. Yasmina's love of film is closely tied to her passion for art and activism and she strives to bring diversity to cinema. 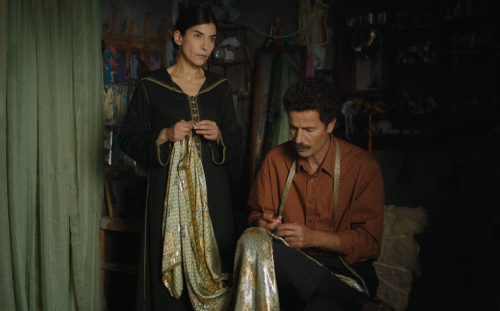