Chase Joynt (he/him) is a director and writer whose films have won jury and audience awards internationally. His debut documentary feature, FRAMING AGNES, will premiere at the 2022 Sundance Film Festival. With Aisling Chin-Yee, Chase co-directed NO ORDINARY MAN, a feature-length documentary about jazz musician Billy Tipton, which was presented at Cannes Docs 2020 as part of the Canadian Showcase of Docs-in-Progress. Since premiering at the Toronto International Film Festival in 2020, NO ORDINARY MAN has been hailed by The New Yorker as “a genre unto itself” and Indiewire as “the future of trans cinema.” The film has won 9 awards on the international festival circuit, including being named to TIFF Canada’s Top Ten. Joynt’s first book You Only Live Twice (co-authored with Mike Hoolboom) was a Lambda Literary Award Finalist and named one of the best books of the year by The Globe and Mail and CBC. Chase also directed episodes of Two Sentence Horror Stories for the CW, which are now streaming on Netflix. With Samantha Curley, Chase runs Level Ground Productions, a collaboratively run production company in Los Angeles.

Jules Gill-Peterson (she/her) is a writer, historian, and author of the Lambda Literary Award winning book Histories of the Transgender Child. Her work on trans culture and politics has also been published or featured in The New York Times, CNN, The Guardian, and NPR. She is an associate professor of history at Johns Hopkins University. 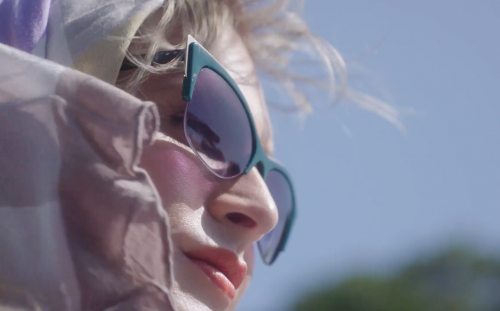