CO-PRESENTED BY THE CENTER FOR FICTION

This event is free to the public.
Watch live on Film Forum’s YouTube channel. 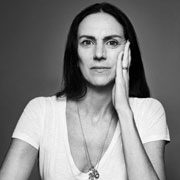 Lisa Immordino Vreeland has been immersed in the world of fashion and art for the past 25 years. Her first book was accompanied by her directorial debut of the documentary of the same name, DIANA VREELAND: THE EYE HAS TO TRAVEL (2012). The film had its European premiere at the Venice Film Festival and its North American premiere at the Telluride Film Festival. It went on to win the Silver Hugo at the Chicago Film Festival and the fashion category for the Design of the Year Awards—otherwise known as “The Oscars” of design—at the Design Museum in London. Her second film PEGGY GUGGENHEIM: ART ADDICT premiered at the Tribeca Film Festival (2015) and had its European premiere at Art Basel. LOVE, CECIL premiered at the Telluride Film Festival in 2017 and went on to win the Audience Award at the Hamptons International Film Festival. It was accompanied by her second book Love, Cecil published by Abrams. In addition, Immordino Vreeland directs the award-winning short documentary series Art of Style for M2M (Made to Measure). 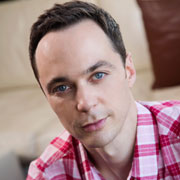 Jim Parsons continues to skillfully navigate the entertainment industry as an award-winning actor and producer. Parsons can currently be seen in the Netflix movie THE BOYS IN THE BAND alongside Zachary Quinto, Andrew Rannells and Matt Bomer. Through his production company, That's Wonderful Productions, Parsons executive produced Netflix’s first short-form, award-winning series, Special, based on Ryan O’Connell’s memoir I'm Special: And Other Lies We Tell Ourselves. The second season is now available. Parsons' breakout role was that of Sheldon Cooper from the CBS smash hit and longest-running multi-camera sitcom The Big Bang Theory which garnered him numerous awards from the Emmys, Golden Globes, Critics' Choice among many others. Other television credits include starring opposite Julia Roberts, Mark Ruffalo, Matt Bomer and Taylor Kitsch in THE NORMAL HEART, HBO's original movie adaptation of the Tony Award-winning Larry Kramer play, which was written by Kramer and directed by Ryan Murphy. Also in film, Parsons was seen in EXTREMELY WICKED, SHOCKINGLY EVIL, AND VILE, HIDDEN FIGURES, HOME, VISIONS, SCHOOL FOR SCOUNDRELS, HEIGHT, WISH I WAS HERE, GARDEN STATE, GARDENER OF EDEN, AND THE GREAT NEW WONDERFUL. Prior to appearing in the Broadway production of Tony Award winner The Boys In The Band, Parsons last starred on Broadway in An Act of God based on the critically acclaimed book The Last Testament: A Memoir by God. Also on the stage, Parsons starred in Harvey, The Normal Heart, The Castle, The Countess, The Tempest and As You Like It. Photo courtesy of Getty Images. 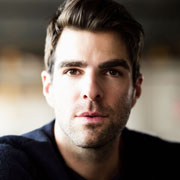 Zachary Quinto hails from Pittsburgh, Pennsylvania. He attended Carnegie Mellon where he received a BFA in Acting. In 2007 he was cast as Sylar on the hit NBC series Heroes. That same year, he was cast as Spock in the JJ Abrams directed reboot of the Star Trek franchise. He starred in the first season of American Horror Story in 2011, and then won a Critic’s Choice Award and Emmy Award nomination for his portrayal of Dr. Oliver Thredson on American Horror Story: Asylum. Quinto appeared in the 2010 Signature revival of Tony Kushner’s Angels In America, for which he won a Theater World Award and a Drama Desk Award nomination. He made his Broadway debut in the 2013 Tony Award winning production of the Glass Menagerie. He was also seen in Noah Haidle's Smokefall and in the Joe Mantello directed revival of The Boys in The Band, which won the 2019 Tony for Best Revival of a Play. He's hosted the reboot of In Search Of on the History Channel, and starred in the AMC series NOS4A2. Most recently, he reprised his role as Harold in the film adaption of The Boys In The Band on Netflix. Quinto began his production company Before the Door Pictures in 2008 and produced such films as Margin Call, All Is Lost, A Most Violent Year, and Aardvark. At the end of 2019, the new iteration of Before The Door signed first look deals with AMC Studios for scripted projects and with Spoke Studios for unscripted fare. Photo by Chiun Kai Shih. 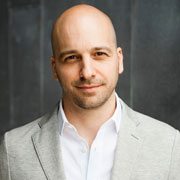 Christopher Castellani is the author of five books, most recently the novel Leading Men, for which he received fellowships from the Guggenheim Foundation, the Massachusetts Cultural Council, and MacDowell. The screen adaptation of Leading Men -- a fictional account of the relationship between Frank Merlo and Tennessee Williams, among others -- is currently being written by Matthew Lopez (The Inheritance) and produced by Luca Guadagnino and Peter Spears (Call Me By Your Name). Christopher is on the fiction faculty of the Warren Wilson MFA Program and the Bread Loaf Writers’ Conference. He lives in Provincetown and Boston, where he is artistic director of GrubStreet, the country’s largest and leading independent center for creative writing. Photo by Michael Joseph. 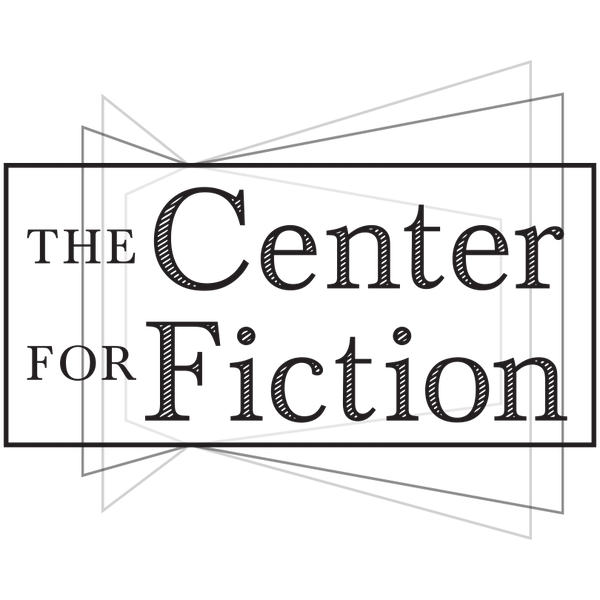 The Center for Fiction is the only nonprofit literary organization in the U.S. solely dedicated to celebrating fiction, and we work every day to connect readers and writers. In February 2019, we opened the doors to our new building in Downtown Brooklyn, creating a home for NYC’s literary community. We’re known for our special literary events, including our innovative panels, lectures and conversations. We provide grants and hold workshops to support emerging writers. We host book groups on classic and contemporary fiction to help readers discover their next favorite author. We provide free books and host events for NYC students from K-12th grade to get kids reading, as well as summer writing workshops for budding authors. And we recognize the best in the world of fiction through our annual awards. In our new home in Brooklyn we also run an independent bookstore featuring everything from the latest bestseller, to hard-to-find works in translation. 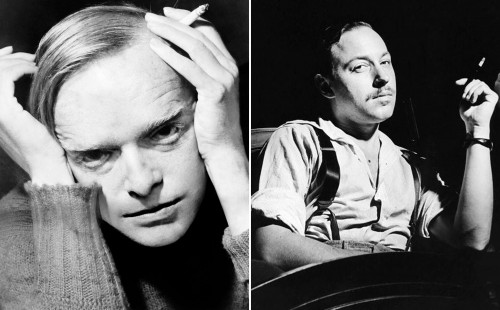