“Captures the essence of this renaissance man. What a treat to spend time in his company.”
– Leonard Maltin

(2007, Matthew Sussman) Norman Lloyd (1914-2021), who died this past May 11 at age 106, was an actor, director and producer who worked closely with Hitchcock (as an actor in two movies and later as producer of his TV show), Orson Welles (he was the last surviving member of Welles’ Mercury Theater), Charlie Chaplin (he played the theatre manager in Limelight), and Jean Renoir (as an actor in The Southerner; the two were also lifelong friends) – not to mention Elia Kazan, Jules Dassin, Bertolt Brecht, John Houseman, Martin Scorsese, Robert Benchley, Cameron Diaz, Judd Apatow, and Amy Schumer. And it wasn’t just a Zelig-like “brush with greatness” either. Lloyd was at the center of it all.

In this 2007 documentary, we see the amazingly vigorous nonagenarian (a kid of 93 at the time) moving from his twice-a-week tennis match at home in L.A. to spinning yarns at his installation as a life member of Manhattan’s Players Club. But then there’s: a Brooklyn childhood as a kid vaudevillian (“the worst act there ever was”); acting in the theater during the Depression with Kazan; arguing with Welles about his show-stopping role of Cinna the poet in the legendary 1937 Mercury production of Julius Caesar; a tennis friendship with Chaplin and a part in Limelight; and a long association with Hitchcock beginning with his feature film debut as the Saboteur (he’s the guy on the Statue of Liberty), followed by the part of a knife-obsessed psychotic in Spellbound.

Blacklisted in the early 1950s, Lloyd was rescued by Joan Harrison and Hitchcock (who simply told the network, “I want him”), who brought him on as associate producer of the Alfred Hitchcock Presents television series. When Harrison retired to marry Eric Ambler, Lloyd became the show’s producer. He also directed 19 episodes himself and directed five of them (including one of the best: Man From the South, with Steve McQueen and Peter Lorre).

Lloyd’s more-than-70-years-in-show-business saga (it was more than 90 by the time of his death) is told through film clips, archival photos, on-set documentary footage, and interviews including Karl Malden (“the bastard’s as old as I am and still at it”), Patricia Hitchcock (daughter of the Master), fellow Mercury actor Elliot Reid, Sam Goldwyn Jr., Tom Fontana (writer of the TV series St. Elsewhere; Norman was the show’s Dr. Auschlander), Ray Bradbury, Cameron Diaz, Peggy Lloyd (Norman’s wife of 75 years), plus the elegant raconteuring of the man himself. 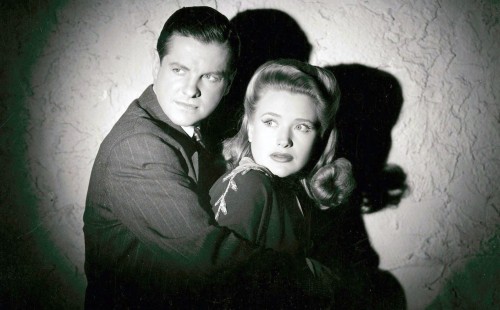 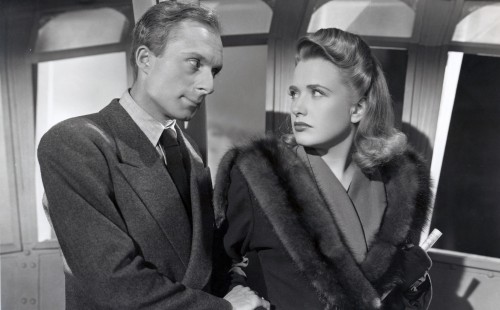 WHO IS NORMAN LLOYD?