Emily Kunstler (Producer/Director/Editor) and Sarah Kunstler (Producer/Director) are the founders of Off Center Media, a documentary production company dedicated to racial justice and social change. Their film, WILLIAM KUNSTLER: DISTURBING THE UNIVERSE (Sundance '09, POV/PBS), was shortlisted for the Best Documentary Academy Award. The film is an examination of their father’s life and choices, tracing his career as a civil rights lawyer and fighter for racial justice, as well his representation of society’s most despised. Other Off Center Media films have contributed to campaigns to stay executions, convince decision makers to reopen cases, and exonerate the wrongfully convicted. For more on their work, please visit www.off-center.com. 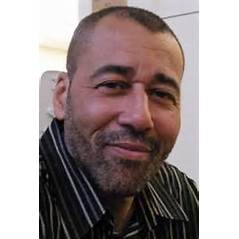 King Downing is a lawyer and founder of the Human Rights-Racial Justice Center. H2RJ advocates and organizes for criminal and economic justice. Through H2RJ he was part of such projects as the Alliance of Families for Justice Close Rikers Island Campaign, Ferguson Legal Defense Committee, Standing Rock legal support, Nicole Bell’s Sean Bell Justice Project, and Mothers Against Police Brutality. King earlier directed the National Lawyers Guild’s Mass Defense Program, the Healing Justice Program of the American Friends Service Committee, and the ACLU's Campaign Against Racial Profiling. He is a member of the boards of the National Lawyers Guild-NYC, The Water Protector Legal Collective, and the Muste Foundation. King is also producer and host of Good Morning Nueva York, WBAI’s daily morning drive radio show, and an independent news and film producer. King is also a musician, and tries his hand at “sit down” comedy.