(1941) “And let's get ourselves a couple drinks, light the fire maybe, and you can start working on me right away,” cheerfully suggests Barbara Stanwyck’s hotcha stripper “Sugarpuss” O’Shea to Gary Cooper’s Professor Hiram Potts. Of course they’re just settling in for a research session for the slang section of the all-encompassing encyclopedia he and six other supremely unworldly professors having been slaving away at in their foundation-endowed brownstone for the last nine years. But what’s Stanwyck doing there? What better place to hole up when you’re on the run from both the DA’s men and her own “boyfriend,” Dana Andrew’s Joe Lilac, whose idea of sweet talk, according to henchman Dan Duryea, is “he gets more bang outta' you than any dame he ever knew.” (How did they get this stuff past the censor?) Yes, it’s screenwriters Billy Wilder and Charles Brackett’s adaptation of Snow White and the Seven Dwarfs (in-jokingly noted on a background movie marquee), with Stanwyck going on a wisecrack whirlwind and Cooper tossing off academic gobbledygook, as well as an almost painfully sincere declaration of love, with the great DP Gregg Toland (Citizen Kane) giving it all a surprisingly lustrous sheen — plus jazz legend Gene Krupa’s “Drum Boogie” solo… with matchsticks. 35mm. Approx. 111 min.

SPEND NEW YEAR’S EVE WITH STANWYCK & COOP!
Free bubbly to all revelers at the 7:30 and 9:45 shows of Ball of Fire on Thursday, December 31 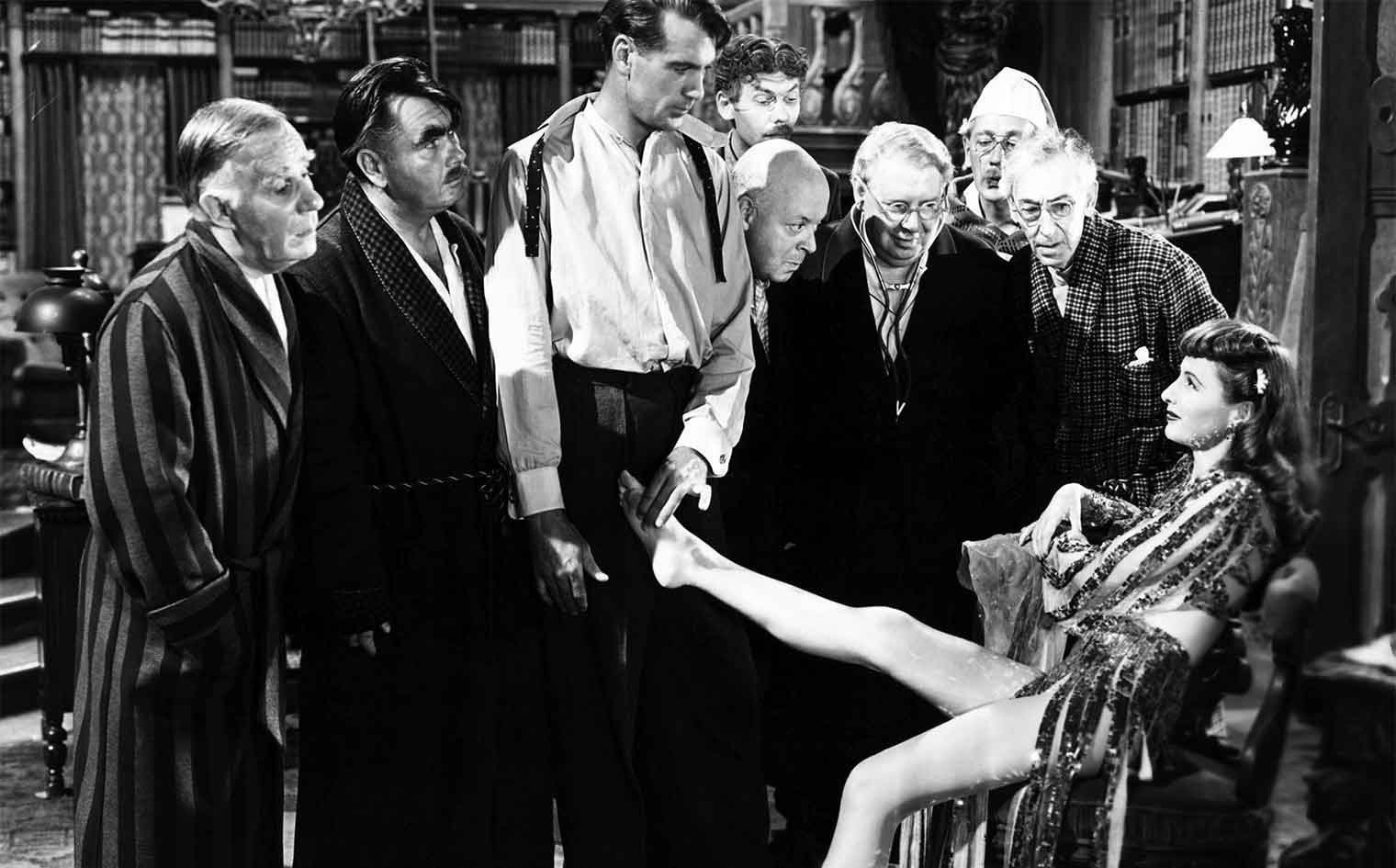 “THE WRITING IS A MARVEL!  Garbagemen and waiters, pool hall bums and showgirls, newsboys and college boys — they're all virtuosos singing the wisecracking arias Billy Wilder and Charles Brackett have given them.”
– Charles Taylor, Village Voice

“PURE JOY! STANWYCK IS ALL SNAP, CRACKLE AND POP!”
– Time Out (London)

“Cooper complained as the shooting went on that the rapid, intellectual dialogue was a stretch for him… Yet the marvel about Cooper was that, just as in life the cowpoke could look like the most elegant man in Vanity Fair, so if he got comfortable with his lines, he could seem Ivy League or man of the West… Stanwyck is saucy, naughty, and as quick as a shortstop. The guys doing the dictionary are as fanciful as the gangsters. Indeed, there’s a cheerful attitude to the interchangeability of all human pursuits that foreshadows Some Like It Hot – especially if sex is kept in mind as number-one pursuit…. Released days before Pearl Harbor, it was exactly the high-energy, blithe escapism that clicked with the war spirit in those first days. After all, what did the title mean, except that America in its innocent exuberance fired off entertaining explosions?”
– David Thomson