ANNA & JEAN-LUC: THEIR 6 OTHER COLLABORATIONS 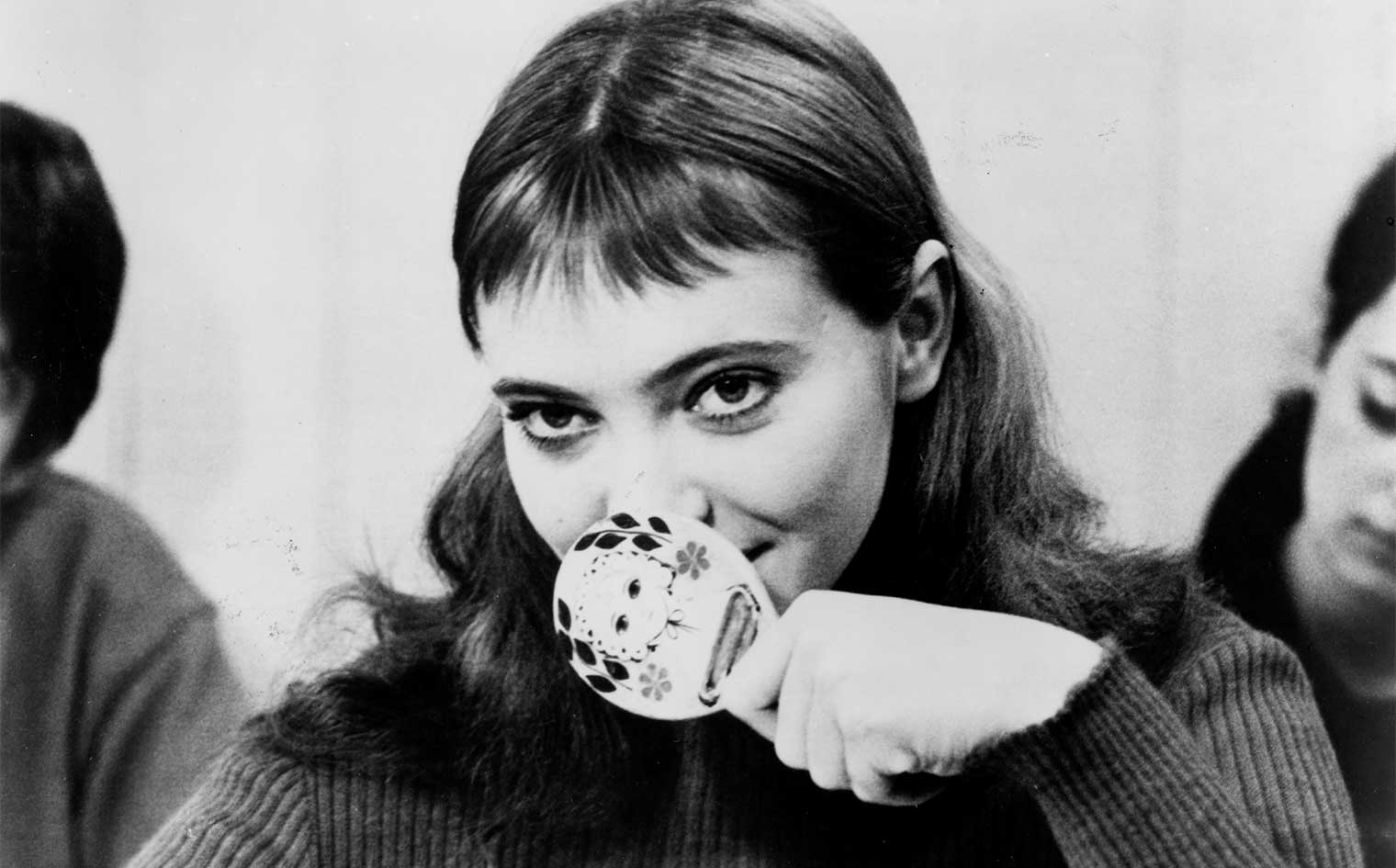 Band of Outsiders is presented with the support of the French Cultural Services and Unifrance.

A LUSTROUS RESTORATION! MASTERPIECE! [Godard]’s most charming and, arguably, influential film: a free-associative meditation on the gangster genre that revealed a new way of framing our dreams and our reality. There would be no Bonnie and Clyde without it.
– David Edelstein, New York Magazine

Karina is, like Louise Brooks, one of those pure creatures of the movies, so direct and piercing that she transcends the limits of technology and the chasm of decades. When she looks into the camera, you feel she can see right into you... As shot in black-and-white by the great Raoul Coutard, the movie is beautiful. But it’s the bleakest sort of beauty: winter-bare trees, the perishing and deserted streets of the Parisian exurbs, shabby cafés and lodgings. Godard makes the real violence appear nearly indistinguishable from the play-acting we’ve seen. The tough and sentimental dreams fed by American gangster movies and pulp novels aren’t enough to help these three escape their lives, even as the cheerlessness of those lives makes us understand why they have to dream. This is a world apart from the way so many contemporary movies riff on an ironic fetishization of our cinematic past. Godard works at an affectionate distance that allows him to comment on his characters’ naivete. But close enough so that he can hear their hearts break.
– Charles Taylor, The Village Voice

“A reverie  of a gangster movie... It’s as if a French poet took a banal American  crime novel and told it to us in terms of the romance and beauty he read  between the lines; Godard re-creates the gangsters and the moll with his  world of associations — seeing them as people in a Paris café, mixing them with Rimbaud, Kafka, Alice in Wonderland.”
– Pauline Kael

“Words are not up to capturing its elfin charm, not even up to hinting how beautiful Paris looks in Raoul Coutard’s unconsciously romantic photography. Although Godard talked a lot about his theories and his methods, if he had a secret, it was a gift for creating irresistible images. Band of Outsiders shows him at his most amusing, and that is no small thing.”
– Kenneth Turan,  Los Angeles Times