“Is Paris burning?” – Hitler asks General Dietrich von Choltitz on August 25, 1944. Volker Schlöndorff, Oscar-winning director of THE TIN DRUM, dramatizes an all-night confrontation between the steely Nazi general (played by Niels Arestrup) and the wily Swedish consul-general, Raoul Nordling (played by André Dussollier). Ensconced in the legendary Hotel Meurice, on Rue de Rivoli, the two men (played with extraordinary intelligence and fervor by two of France’s greatest actors), engage in an extended battle of wits, that -- amazingly -- leaves us breathless until the film’s final moments. The script, by Schlöndorff and Cyril Gely, based on a play by the latter, keeps the odds shifting, so just when we think the consul has won over the general, the old soldier comes back with a riposte that a new law, passed specifically for him, means death for his wife and children if he disobeys orders.

“With blunt physicality and a keen intelligence, Arestrup’s von Choltitz doesn’t suffer fools gladly and displays a confident authority that never slides into smug superiority. Dussollier’s Nordling is more slippery, a kind of confidence man whose state neutrality lets him pursue a complex agenda.  Schlondorff gives it the immediacy of a life and death encounter.”
– Serena Donadoni, Village Voice

“An elegant, orchestrated pas de deux between formidable opponents – the man of words who knows when to flatter and when to gently insist, and the man of war who is every bit as quick with his mind as with his sword.”
– Scott Foundas, Variety

“Filled with twists, turns and underhanded schemes that show how history sometimes lies in the hands of a selected few, not to mention a good glass of Chardonnay… One thrilling verbal duel after another.”
– Jordan Mintzer, The Hollywood Reporter 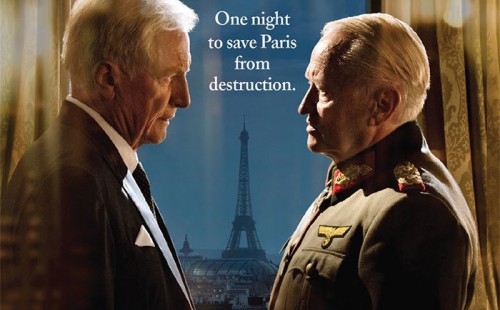