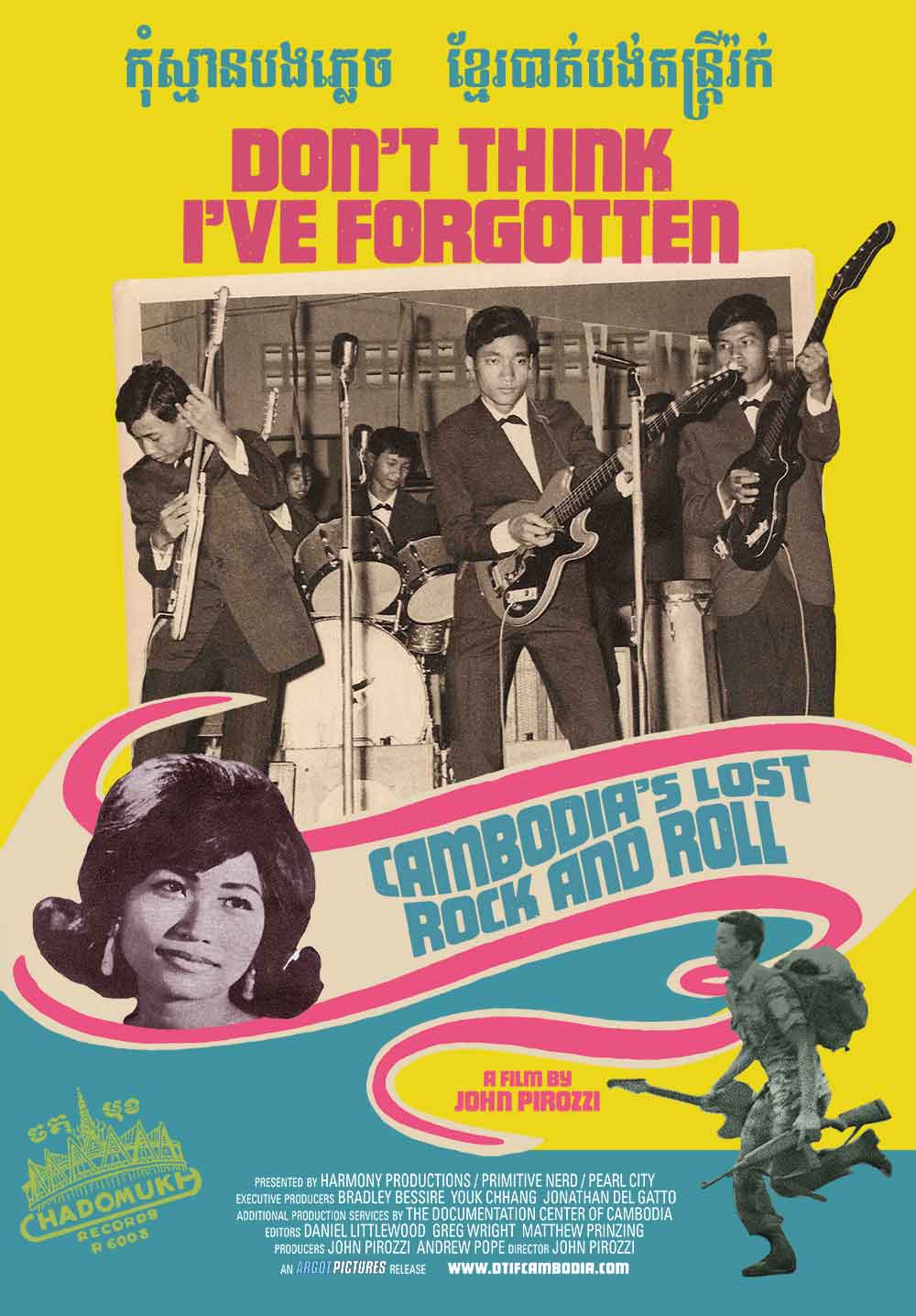 40 years ago: April 17, 1975, Phnom Penh fell to the Khmer Rouge and Cambodian rock ‘n’ roll was no more. Its star musicians were targeted and killed, record collections were destroyed, clubs were closed, and Western-style music-making, dancing, and clothes were outlawed. The deaths of approximately 2 million Cambodians and the horrors of the Killing Fields have been well-documented; add to this John Pirozzi’s fascinating tale of Cambodia’s vibrant pop music scene, beginning in the 1950s and ‘60s, influenced by France’s Johnny Hallyday and Britain’s Cliff Richard and the Shadows. The filmmaker has assembled rare archival footage, punctuating it with telling interviews with the few surviving musicians. Cambodian culture has long been synonymous with a love for the arts. DON’T THINK I’VE FORGOTTEN pays homage to the country’s rock legends who paid for their creativity with their lives.

“A new documentary film has helped unearth the lost music of pre-revolutionary Cambodia. DON’T THINK I’VE FORGOTTEN explores the unique fusion of sounds coming out of Cambodia in the 1960s and 1970s, and its near-disappearance… (The film) reveals that thousands of records survived the Khmer Rouge and live on to this day.”
– Alice Cuddy, The Cambodian Daily

“A new documentary catches up with the musicians who survived the Khmer Rouge. In the 1960s, Phnom Penh was a hothouse of creativity… Artists were particularly disliked by the Khmer Rouge, which saw creativity as decadence… You can’t help but marvel at the power of (music) to sustain itself through the people who made it, and those who love it.”
– Rupert Winchester, Al Jazeera America