(1952) “Michel! Michel! Michel!” France 1940, and as a refugee column trudges along a country road, a dog makes a break for it, with its tiny blonde mistress in pursuit — and then the German fighters strike. But if 5-year-old Brigitte Fossey’s understanding of death is limited as she strokes her mother’s cold face, at least she can bury the dog discarded by her peasant rescuers, aided by 11-year-old farm boy Georges Poujouly. And as they build a special, secret friendship, their pet cemetery in the midst of death steadily grows, topped by crosses stolen from graveyards, even as the adults play their own games of buffoonish, grotesque peasant feuds... And then Fossey (“in a performance that rips the heart out” – The New York Times) shouts his name again. Adapted by the legendary team of Jean Aurenche and Pierre Bost from François Boyer’s  successful-in-America novel, with a haunting hit score played by guitar virtuoso Narciso Yepes, the ultimately beautiful, hilarious and disturbing Games initially did so-so box office and screened only on the fringes of the Cannes Festival, then nearly got shut out of Venice — where it promptly won its top prize, the Golden Lion — and then became a worldwide art house smash and Clément’s second Best Foreign Film Oscar winner (following the previous year’s The Walls of Malapaga).  Approx. 87 min. DCP. 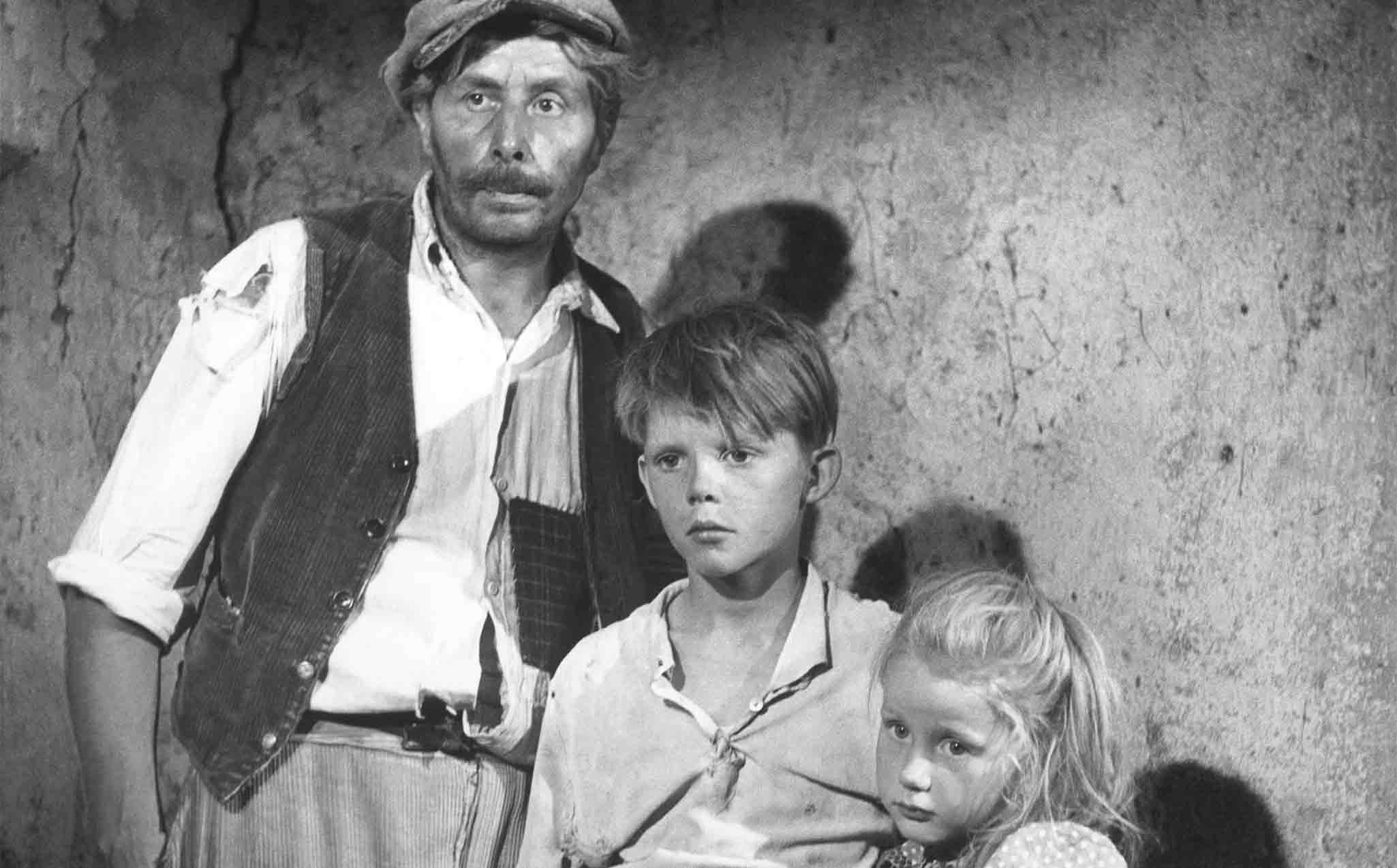 “It does not compromise on two things: the horror of war and the innocence of childhood… It is never a tear-jerker: it doesn’t try to create emotions, but to observe them. That’s why it’s so powerful.”
– Roger Ebert
Click here to read the full article

“SURELY THE MOST EXTRAORDINARY BLEND OF TRAGEDY AND FEROCIOUS COMEDY IN FILM HISTORY!”
– Vernon Young

“COMIC! The performances of Poujouly and the infinitely expressive Fossey are among the finest ever given by children.”
– Philip French, The Guardian

“Clémént’s beautiful, lacerating film on the themes of innocence, Christianity, war, and death… [His] method  of presentation [is] a series of harsh contrasts, with on the one side the intuitive, lyric understanding between the two children, and on the other the ludicrous comedy of the quarrelsome, ignorant peasant adults.”
– Pauline Kael

“Reminds all of us why we love cinema and why movies are the most powerful form of artistic expression ever devised by mankind… If there’s a more powerful moviegoing experience to be had in New York this weekend, I’m not sure I can handle it.”
– James Hancock, wrongreel.com
Click here to read the full review

“Clémént’s notorious eclecticism can surely never have been so marked within a single film as in this all-purpose allegory, anti-war tract and noirish morality… World War II, holocaust, and petty family feuds form a perverse backdrop to their ‘innocence’ - or perhaps, a mirror to the ‘perversion” of their forbidden games.”
– Paul Taylor, Time Out  (London)

“So subtle and thoughtful is Clémént’s direction, and so insightful is the script, we don’t miss a single telling point… Fossey’s is quite simple one of the most uncanny pieces of acting ever attempted by a youngster… The war may be raging only a mile away, yet these peasants seem untouched by it - far more dedicated as they are to their own petty bickering… Only the children in their funeral games seem to be striving for some sense of true spiritual peace.”
– David Ehrenstein