Filmmaker David Osit subtly – and with a keen eye for black humor – explores the absurdities of a worldly politician trying to turn his city into a Middle Eastern Amsterdam while in the midst of a geopolitical storm. Follow the mayor of Ramallah – de facto capital of the Palestinian people – and you’ll see him greeting grateful constituents on the street, planning the town’s neon-bright Christmas celebrations, mulling “city branding” slogans with his aides in an effort to boost tourism…or dodging gunfire from an Israeli army fracas. It’s all in a day’s work for Mayor Musa Hadid, a liberal Christian and civil engineer by training, whose charming public persona is balanced by a self-effacing, realist streak. “I feel jealous when I visit other cities,” he laments. “They can do so much that we cannot.” “Thoughtful and gripping. There are whiffs of Veep-like humor throughout MAYOR. It’s also a sincere tale of a public servant who’s seeking to lead in a world that’s stacked against him.” – Alissa Wilkinson, Vox

“Thrilling and perceptive. The best new film about the Israeli-Palestinian conflict. Offers a striking new perspective on that struggle, with a personal on-the-ground quality matched by grand tonal ambitions that makes it the best of its subgenre. An operatic verite drama that often dips into bureaucratic black comedy and unnerving suspense.”
– Eric Kohn, Indiewire

“Impressive. Engrossing. A study in politics both micro and macro, showing what happens when the two come fatefully crashing together.”
– Jordan Mintzer, The Hollywood Reporter 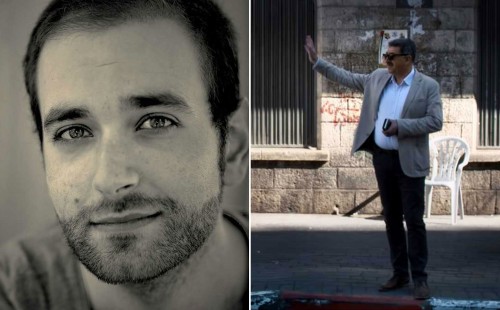