UNZIPPED with Isaac Mizrahi in person

SOLD OUT ONLINE. Limited Tickets at Box Office. and the line about the standby line

(1995) “Isaac Mizrahi as he conceived and contorted the way through to his fall 1994 show, [dashing] around a deserted SoHo with pal Sandra Bernhard; [meeting] with Naomi Campbell, Linda Evangelista, and baby Kate Moss for fittings; and [racing] uptown to an audience with Eartha Kitt. It is a vital snapshot of an artist at work in the kinetic and glamorous world he inhabits. One that has spoken to a generation of designers who, as we speak, are perhaps going through the same Sturm und Drang that the film so vividly captured… Before Instagram and iPhones, Unzipped drew back the curtain on the insular world of models, editors, and muses with whom designers surround themselves. Hair-raising deadlines, delirious Bette Davis impressions, and the hostile but exhilarating act of executing a designer’s vision come together in a work that set the bar for all fashion films after.” – Vogue. 35mm.

Isaac Mizrahi: An Unruly History, the first museum exhibition devoted to Mizrahi, is on view at the Jewish Museum March 18 – August 7.

UNZIPPED: Q & A with ISAAC MIZRAH 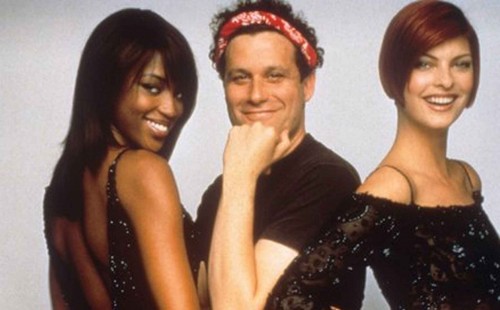 UNZIPPED with Isaac Mizrahi in person