We're marking our half-century anniversary in the year 2020. Having opened on the Upper West Side in 1970, with 50 folding chairs, our nonprofit cinema has grown to its present incarnation: 4 screens, 469 seats, open 365 days year, with a $6 million operating budget. Film Forum maintains a dual profile – as a leading cinema for NYC premieres of independent foreign and American features and as an unparalleled repertory cinema, championing classic movies and over-looked masterpieces.

Our 50-year anniversary is being celebrated with a $1 million gift from the Charles & Lucille King Family Foundation in memory of the Foundation’s founder and longtime Chair and President, Diana King. Film Forum has received funding from the Foundation every year since 2005, and since 2015 specifically to support our Film Forum Jr. program of weekend classics for children – introducing young people to the joys of movies from the silent era through favorites of the last several decades. Film Forum is proud to honor Diana King’s generous legacy with the naming of The Diana King Theater.

The Robert Jolin Osborne Trust will make a $250,000 gift to Film Forum during its anniversary year, to establish the Robert Jolin Osborne Endowed Fund for American Classic Cinema of the 1930s, ’40s, and ’50s. Robert Osborne (1932-2017) is known to just about every American who ever turned on the TV to watch an old movie as the iconic, silver-haired host on Turner Classic Movies (TCM) for more than two decades. 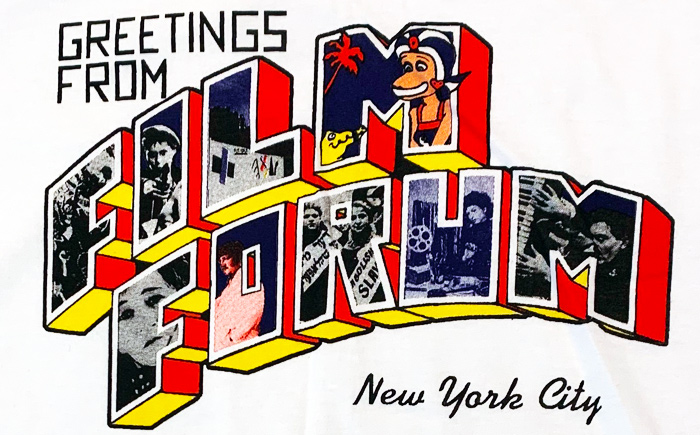 Celebrate our 50th anniversary in style with our “Greetings from Film Forum” t-shirts, now available online and at concession. Click here for more information.