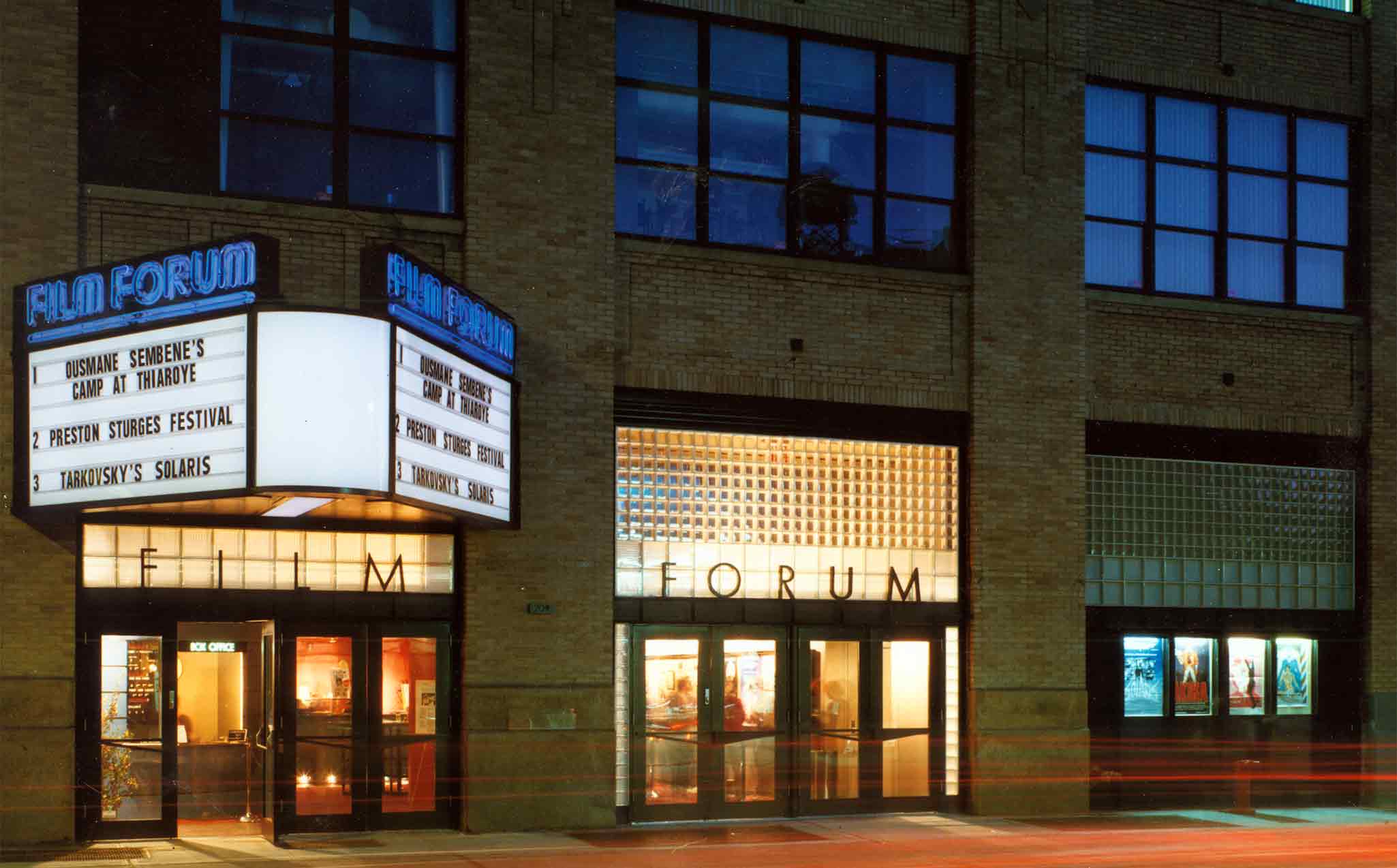 Film Forum began in 1970 as an alternative screening space for independent films, with 50 folding chairs, one projector and a $19,000 annual budget. Karen Cooper became director in 1972 and under her leadership, Film Forum moved downtown to the Vandam Theater in 1975. In 1980, Cooper led the construction of a twin cinema on Watts Street. In 1990, Film Forum’s current Houston Street cinema was built at a cost of $3.2 million. In 2018, Film Forum raised $5 million to renovate and expand its Houston Street cinema, upgrading the seating, legroom, and sightlines in all theaters and adding a new, 4th screen.

Film Forum is open 365 days a year, with as many as 250,000 annual admissions, nearly 500 seats, approximately 50 employees (of which half are full time), 6,500+ members and a $6 million operating budget. Approximately 79% of our budget is spent directly on programs. As a non-profit, we raise approximately 45% of our operating income. Public funders include: The National Endowment for the Arts, The New York State Council for the Arts, and various NYC agencies including the NYC Department of Cultural Affairs. Private donors include individuals, foundations, and corporate entities. Additionally, our members contribute more than $500,000 annually. This allows us to take risks on emerging filmmakers and challenging films. Film Forum has a $6 million endowment, begun in 2000 with a $1.25 million gift from the Ford Foundation.

Film Forum is the only autonomous nonprofit cinema in New York City and one of the few in the U.S. The success of our distinctive position is evidenced by our over 50-year tenure, during which our programs and fiscal resources have grown steadily. Sadly, since the 1970s, dozens of NYC art-house theaters (and a great number throughout the U.S.) have closed their doors.

As a cinema of ideas, Film Forum is committed to presenting an international array of films that treat diverse social, political, historical and cultural realities. Unlike commercial cinemas that primarily “book” high-grossing, Hollywood films, Film Forum’s programs are thoughtfully selected, with attention to unique cinematic qualities, historical importance individually or within a genre and – particularly for documentaries – relevance to today’s world.

We are a 501(c)(3) cultural institution, chartered in New York State and registered as FILM FORUM, INC.
A copy of our latest financial report may be obtained by writing to: