The current COVID-19 crisis is a developing situation. We are not selling tickets at this time, but we intend to open all of these films in the near future.

Streetwalker “Cabiria,” a seemingly tough cookie, is hypnotized at a bottom-of-the-barrel variety show by a third-rate magician, and what pours out … the innocent dreams of adolescence. Fellini’s showcase role for wife Giulietta Masina—inspired by her character’s brief appearance in his solo debut feature The White Sheik—is structured as a series of episodes (“each apparent irrelevance falls into place” – Pauline Kael): robbed of her purse and dumped into the river by a boyfriend, she responds with earthy scorn (the authentic Roman epithets courtesy Pier Paolo Pasolini) by throwing his things into a bonfire; a famous movie star (played by actual Italian screen heartthrob Amedeo Nazzari) takes Masina off to his luxurious villa; her encounter with a man with a sack, who delivers good to the homeless (a 7-minute scene cut by producer Dino de Laurentiis and not seen until it was put back by Rialto Pictures in 1998); a tear-drenched pilgrimage to a religious shrine undertaken with the hookers, pimps, and cripples that make up her world; and her romance with an understanding accountant (French star François Périer, the club owner in Melville’s Le Cercle Rouge) — but there’s a final devastating disillusion, followed by a resurgence that may be the most mysteriously magical shot in all of Fellini’s work. Winner of the Academy Award® for Best Foreign Film.

Neil Simon and Bob Fosse transformed the story into Broadway’s Sweet Charity (adapted to the screen in 1969).

4K restoration by TF1 Studio in partnership with Studiocanal and with the support of the CNC. Restored at L’immagine Ritrovata Laboratory, Bologna. 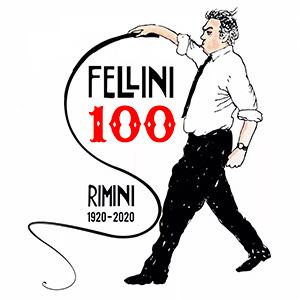