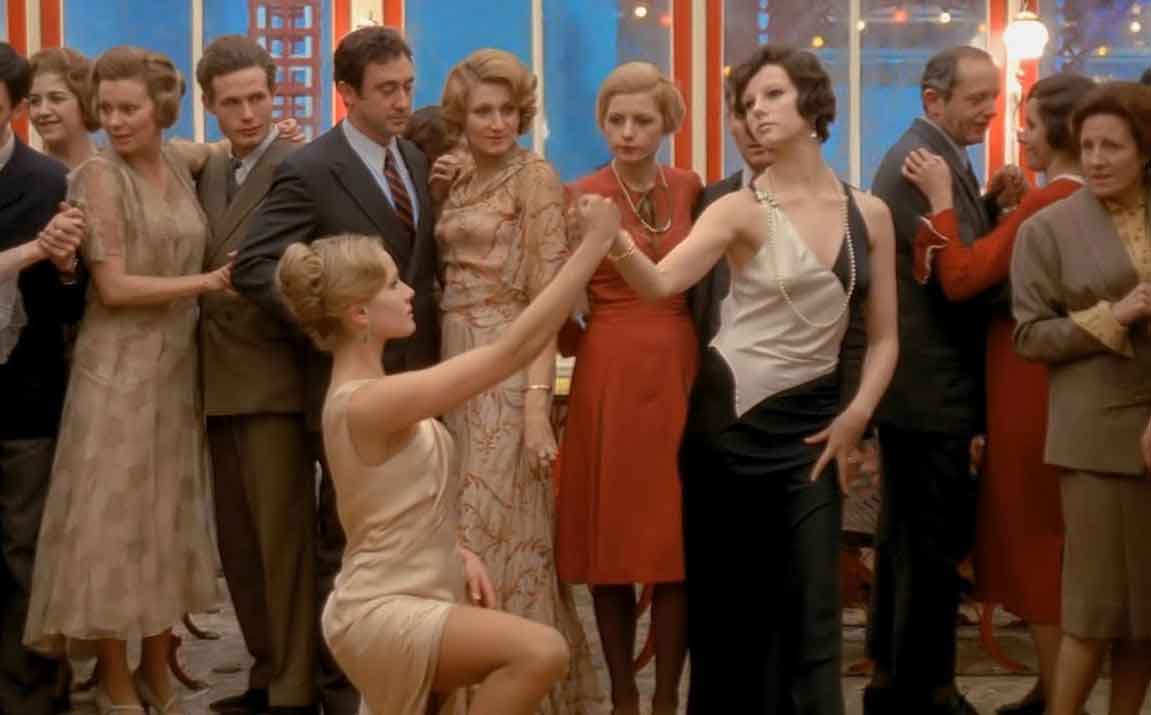 (1970) In Mussolini’s Italy, repressed Jean-Louis Trintignant, trying to purge memories of a youthful, homosexual episode – and murder – joins the Fascists in a desperate attempt to fit in. As the reluctant Judas motors to his personal Gethsemane (the assassination of his leftist mentor), he flashes back to a dance party for the blind; an insane asylum in a stadium’ and wife Stefania Sandrelli and lover Dominique Sanda dancing the tango in a working class hall. But those are only a few of this political thriller’s anthology pieces, others including Trintignant’s honeymoon coupling with Sandrelli in a train compartment as the sun sets outside their window; a bimbo lolling on the desk of a fascist functionary, glimpsed in the recesses of his cavernous office; a murder victim’s hands leaving bloody streaks on a limousine parked in a wintry forest. Bernardo Bertolucci’s masterpiece, adapted from the Alberto Moravia novel, boasts an authentic Art Deco look created by production designer Ferdinando Scarfiotti, a score by the great Georges Delerue (Contempt, Jules and Jim, and That Man From Rio) and breathtaking color cinematography by Vittoria Storaro, who supervised this director approved restoration. Approx. 111 min. DCP. 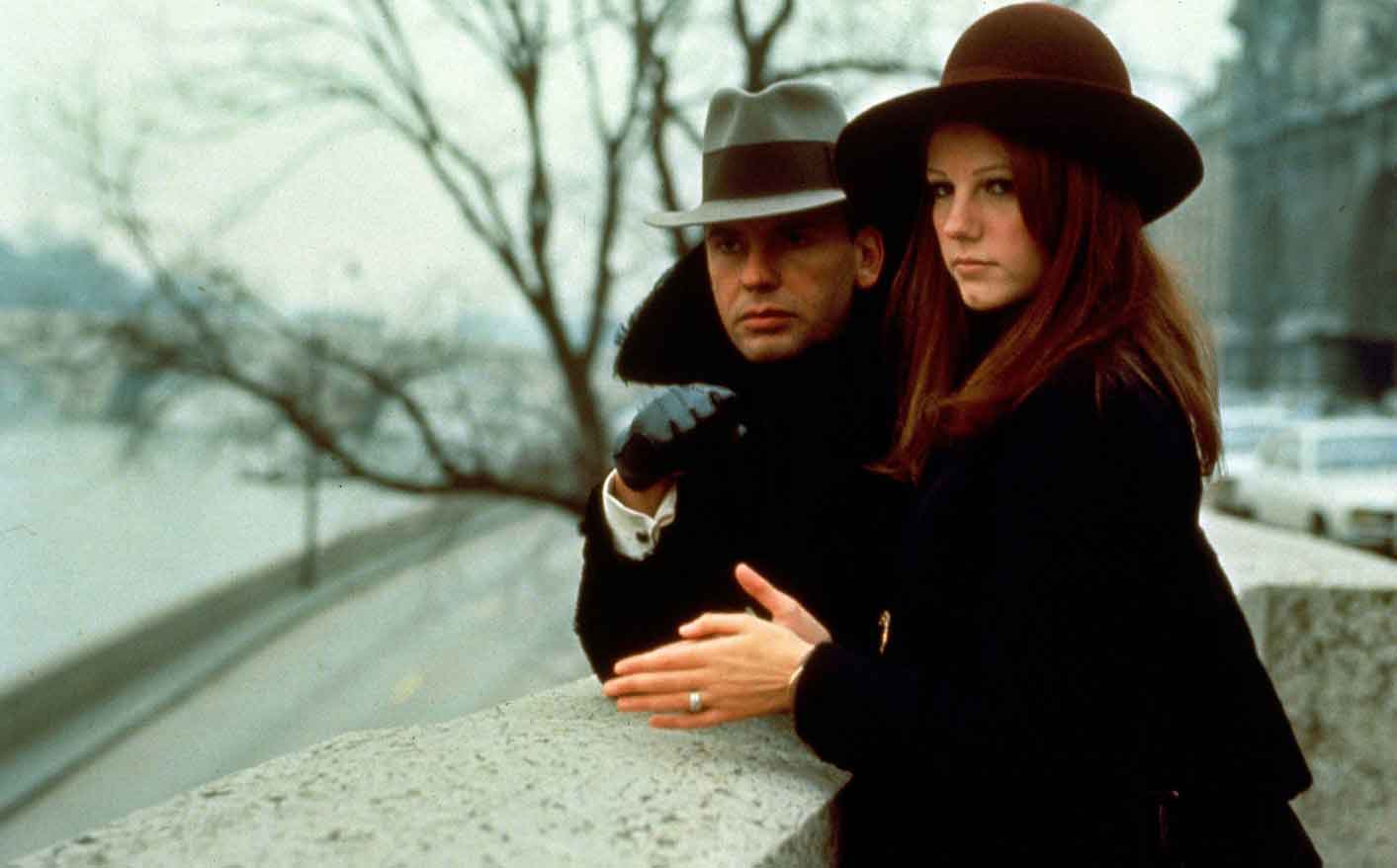 “TRANSPORTS YOU INTO A WORLD OF PURE STYLE! Intriguing as The Conformist is as the reconstruction of one vexed historical moment – the late 30s – it is even more evocative of another, the late 60s and early 70s, when cinema seemed to be entering a period of decadence that was also a second youth.”
– A. O. Scott, The New York Times

“Juggling past and present with the same bravura flourish as Welles in Citizen Kane, Bertolucci conjures a dazzling historical and personal perspective, demonstrating how the search for normality ends in the inevitable discovery that there is no such thing.”
– Tom Milne, Time Out (London)

“Carries with it a rejuvenating jolt of youthful creative energy, the memory of a time when movies were the most important art and their creative possibilities seemed endless.”
– Dave Kehr