THE THIEF OF BAGDAD

(1924, Raoul Walsh) “Happiness Must Be Earned.” A festival of wonders, as Douglas Fairbanks’ thief encounters a flying horse, the Caverns of Fire, The Valleys of Monsters, the Flight of a Thousand Stairs, and the screen’s first convincing magic carpet (suspended from a 90-foot-high crane by piano wires), amidst Menzies’ still-spectacular sets. Scores of pen-and-ink drawings were made to augment his oversized color boards, with the whole thing in sketch form before filming began. Orson Welles, who saw it as a boy, said “I’ll never forget it.” This restoration features a magnificent orchestral score by Carl Davis (Napoleon). DCP. Approx 155 min. 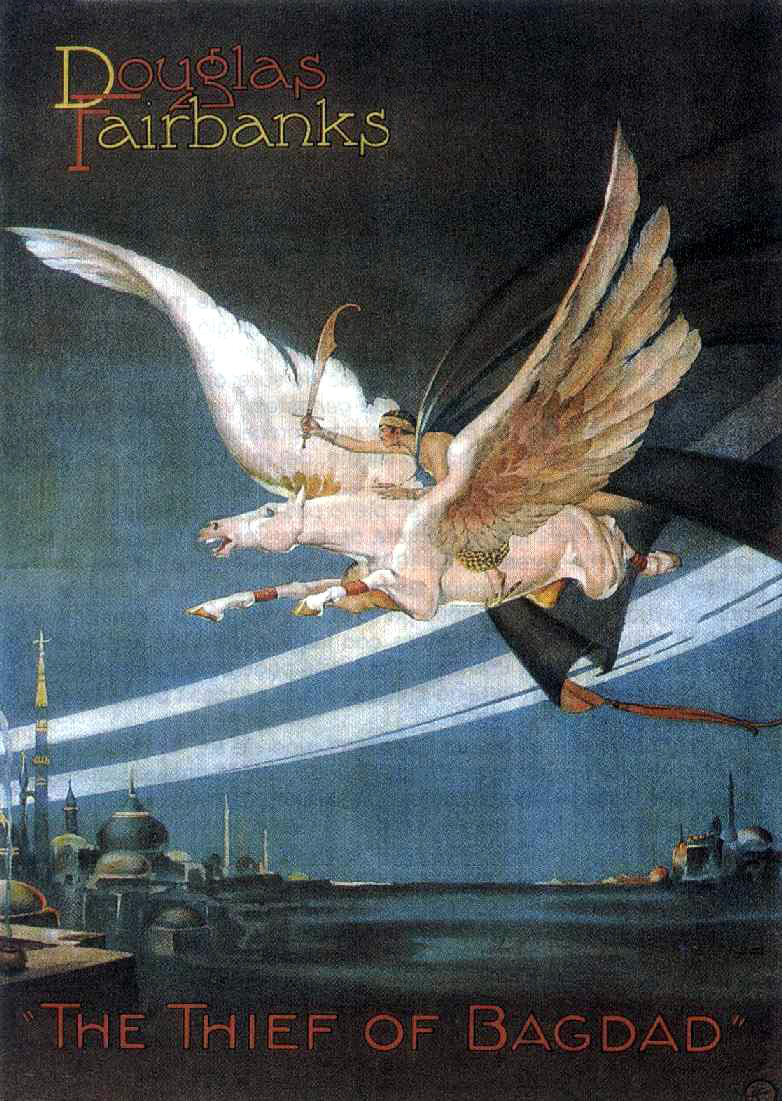