Back by Popular Demand through Tuesday, November 18

(1958) Acrophobic ex-cop James Stewart, hired to shadow seemingly death-obsessed Kim Novak, saves her from drowning in the shadow of the Golden Gate bridge, but not from a fall off a Mission steeple. But then, he meets her again - or does he? Hitchcock shrugged off collaborators’ objections to reveal the solution midway (“Do we want suspense or surprise?”) in what is essentially one of the screen’s most wrenching treatments of loss and - in Mr. Nice Guy Stewart’s tormented performance - of sexual obsession. In 2012, Vertigo bumped Citizen Kane from its longtime spot as the #1 movie of all time in the once-a-decade Sight & Sound poll. Approx. 128 min. DCP restoration. 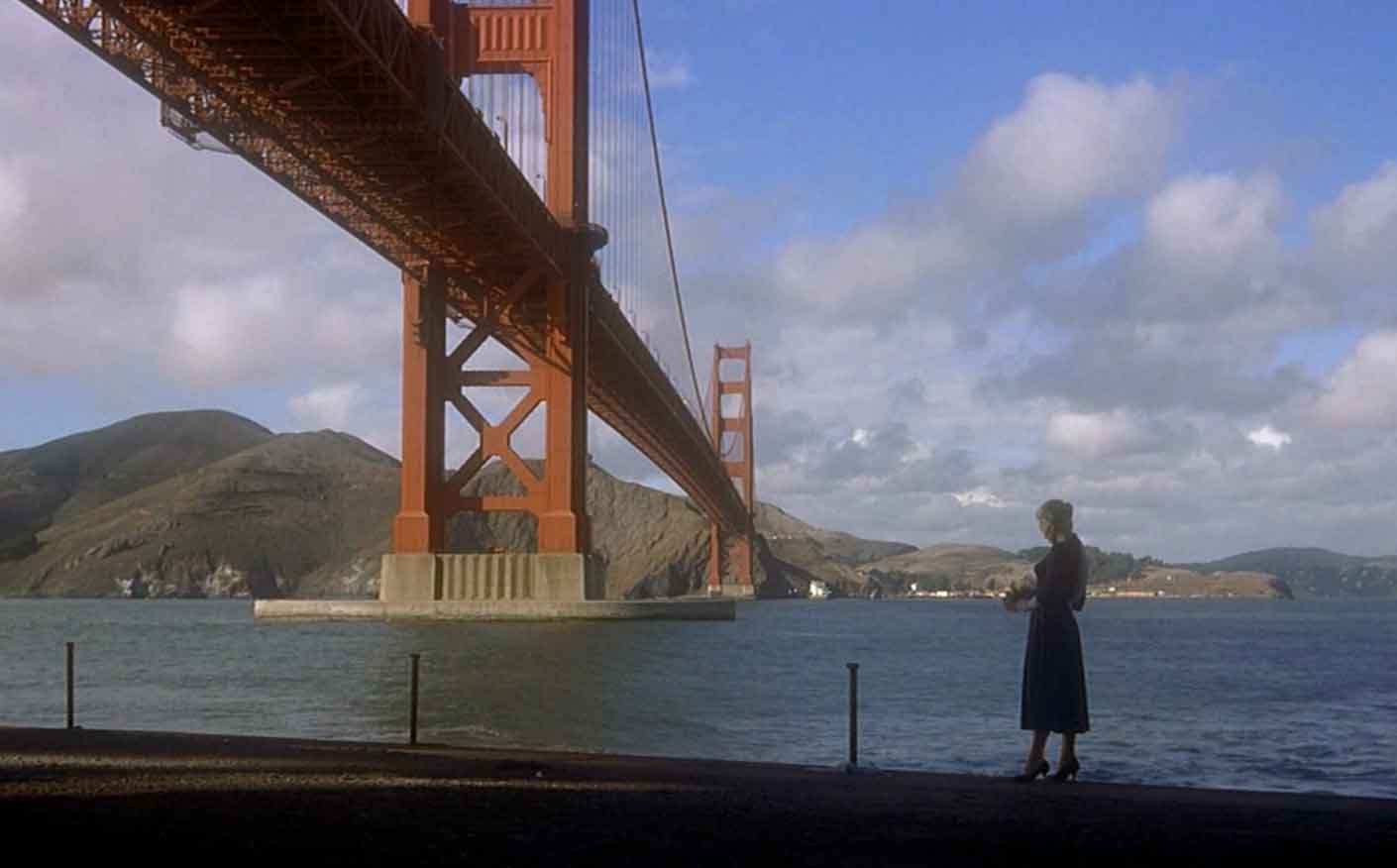 “PERHAPS THE CLASSIEST FETISH MOVIE PRODUCED IN HOLLYWOOD, Vertigo is greater than even the sum of Bernard Herrmann's versatile, indispensable score, its evocative use of San Francisco locations, and Stewart's earnest, anguished performance as the increasingly unhinged John "Scottie" Ferguson. Perverse, poetic, steeped in emotional desolation and destructive obsession, it delivers a fearlessly dolorous view of longing and betrayal in the guise of an acrophobia thriller, making through its classical ambitions (referenced by Herrmann's swelling variations on Wagner's "Liebestod") and enduring fascinations a splendid case for Hitchcock as a grand experimental artist who labored in commercial genre cinema.”
– Bill Weber, Slant

“One of the landmarks—not merely of the movies, but of 20th-century art. Alfred Hitchcock's 1958 film extends the theme of Rear Window—the relationship of creator and creation—into the realm of love and sexuality, focusing on an isolated, inspired romantic (James Stewart) who pursues the spirit of a woman (the powerfully carnal Kim Novak). The film's dynamics of chase, capture, and escape parallel the artist's struggle with his work; the enraptured gaze of the Stewart character before the phantom he has created parallels the spectator's position in front of the movie screen. The famous motif of the fall is presented in horizontal rather than vertical space, so that it becomes not a satanic fall from grace, but a modernist fall into the image, into the artwork—a total absorption of the creator by his creation, which in the end is shown as synonymous with death. But a thematic analysis can only scratch the surface of this extraordinarily dense and commanding film, perhaps the most intensely personal movie to emerge from the Hollywood cinema.”
– Dave Kehr

“You can't fall in love twice with the same woman, nor with the same movie. (Staying in love: a completely different matter.) So to those of you who have never seen Alfred Hitchcock's voluptuous romantic thriller allow us a little envy. For these lucky viewers, the free fall begins now. Many other fans, of course, have kept up an affair with Vertigo for years; it's a movie about memory that actually improves the more you go over its folds. This time, I noticed a masterful symmetry: Scottie, quietly on the case, follows Madeleine into the hazy, greenish sunlight of a cemetery. Later, she'll emerge from yet another green haze, a neon light, walking out of death's grip into his arms. Do directors even think about things like that anymore?”
– Joshua Rothkopf, Time Out New York

“HITCHCOCK’S MOST LUMINOUS MASTERPIECE AND A LANDMARK OF WORLD CINEMA! His most painfully confessional work is a beautiful spectacle that is devoted to driving romantic obsession to the point of madness. Watching the film is rather like a slow rollercoaster ascent up a very long and very slight slope, and then a rapid descent into the abyss with ever accelerating emotional and aesthetic speed. Stewart’s final eloquent gesture of supplication suggests a towering modern tragedy of absurdist illusions, yet the dirty secret of this profoundly beautiful film and art object is its core of tawdry intrigue. Fortunately, there is enough irony and incongruity in the film to keep its most audacious conceits from even teetering on the ridiculous. Consider the darkly, deviously funny spectacle of Stewart’s ex-cop meticulously remaking Novak’s shop girl into a femme fatale. On one level it is a directorial parable on Hitchcock’s own efforts with the cold, awkward Novak, on another a critique of the eternal search for the ideal woman. The cream of the jest, however, is in the casting of the all-American Stewart in the role of a pathological Pygmalion."
– Andrew Sarris, Village Voice