Michael F. Moore, who created the new translation and subtitles for Rialto Pictures’ new release of Francesco Rosi’s long-unseen Christ Stopped at Eboli, will introduce the opening night screening on Wednesday, April 3 at 7pm. Mr. Moore will talk about the challenges of translating the movie, based on the 1945 book by Carlo Levi (still in print from FSG Classics), and will put the film in historical context.

Mr. Moore is a renowned interpreter and translator from the Italian. Currently completing his version of the 19th-century classic, The Betrothed, by Alessandro Manzoni, his most recent translations include The Drowned and the Saved, by Primo Levi, Agostino, by Alberto Moravia, and The Animal Gazer, by Edgardo Franzosini. A frequent interpreter for Italy's most celebrated directors, he also teaches literary translation at Columbia University.

For Rialto Pictures, he has also created translations and subtitles for Vittorio de Sica’s Il Boom and Luchino Visconti’s Senso. 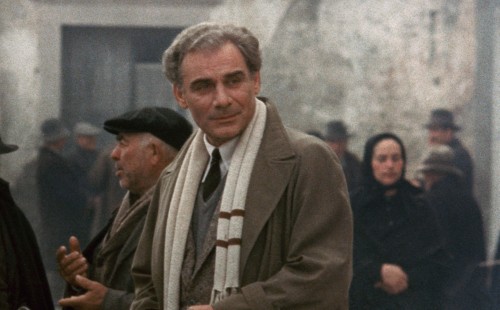