Albanian Institute New York is the leading arts and cultural institution supporting and presenting visual and performing arts in all its forms. Our year-round cultural programming and discussions spans the contemporary arts including education, exhibitions, live events, premieres, engaging both international audiences and local communities.

Blerta Basholli is a Writer/Director with a unique realistic visual style. Her stories touch upon social and gender issues from the country where she was born and raised, Kosovo. In 2008 she was awarded with the Deans Fellowship at the Film Graduate Program at Tisch School of the Arts at NYU. She lived in New York City for four years where she had the opportunity to work on several film projects as a student. Her short films (LENA AND ME (2011) and (GJAKOVA 726 (2008)) were shown at festivals across the globe, including Dokufest and the Rotterdam Film Festival. Her documentary MIRROR, MIRROR…(2006), was officially selected at the Sarajevo Film Festival 2006, among others. In 2011, she returned to her birthplace to continue her film career. HIVE is her debut feature, which she began developing in 2011. Photo © Artan Korenica.

Yllka Gashi is an award-winning Albanian actress, born and raised in Prishtina, Kosovo. She started her acting career when she was 17 after being cast on her first ever audition in 1999. Throughout the 2000s she appeared in many theater productions, short and feature films, as well as TV series. As a onetime refugee, Yllka served both as a Goodwill Ambassador for UNICEF and Artist Ambassador for Save the Children in Kosovo. She immigrated to the United States in 2015 and had her American stage debut in May 2018 in an off Broadway hit show “Women on Fire – Stories from the Frontlines”- written and directed by Chris Henry at Royal Family Productions in New York City. Yllka resides in the Greater New York Area with her family. HIVE is her debut as a lead actress in a feature film. 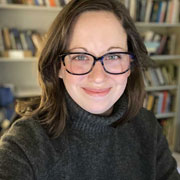 Alissa Wilkinson is a senior culture reporter and film critic at Vox.com, and an associate professor of English and humanities at The King’s College. She is author of Salty: Lessons on Eating, Drinking, and Living from Revolutionary Women, forthcoming from Broadleaf Press. 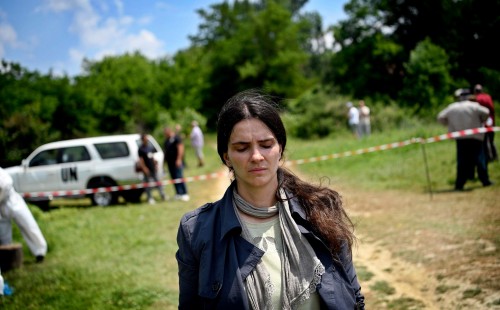