Live Virtual Q&A with CAN YOU BRING IT: BILL T. JONES AND D-MAN IN THE WATERS Subject Bill T. Jones and Filmmakers Rosalynde LeBlanc & Tom Hurwitz

This event is free to the public.
Watch live on Film Forum’s YouTube channel. 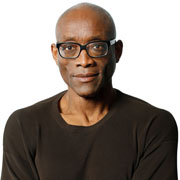 Bill T. Jones, Artistic Director/Co-Founder/Choreographer: Bill T. Jones/Arnie Zane Company; Artistic Director: New York Live Arts
Bill T. Jones is a multi-talented artist, choreographer, dancer, theater director and writer, and Associate Artist for the 2020 Holland Festival. Mr. Jones has received major honors including the Human Rights Campaign’s 2016 Visibility Award, 2013 National Medal of Arts to a 1994 MacArthur “Genius” Award and Kennedy Center Honors in 2010. Mr. Jones was honored with the 2014 Doris Duke Performing Artist Award, recognized as Officier de l’Ordre des Arts et des Lettres by the French government in 2010, inducted into the American Academy of Arts & Sciences in 2009 and named “An Irreplaceable Dance Treasure” by the Dance Heritage Coalition in 2000. His ventures into Broadway theater resulted in a 2010 Tony Award for Best Choreography in the critically acclaimed FELA!, the musical which was co-conceived, co-written, directed and choreographed by Mr. Jones. He also earned a 2007 Tony Award for Best Choreography in Spring Awakening as well as an Obie Award for the show’s 2006 off-Broadway run. His choreography for the off-Broadway production of The Seven earned him a 2006 Lucille Lortel Award. Photo by Philip Habib. 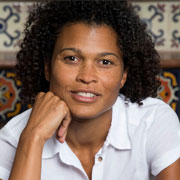 Rosalynde LeBlanc, Producer and Co-Director
Rosalynde LeBlanc danced with the Bill T. Jones/Arnie Zane Company (1993 -1999), and Mikhail Baryshnikov’s White Oak Dance Project (1999 - 2002). She has also worked onscreen with film directors Burt Barr, John Turturro, Gretchen Bender, and Matthew Rolston. She can be seen in the short film, ROZ, the PBS Specials, Still/Here, Free to Dance, Dancing in the Light, A Good Man, and in the feature film, ROMANCE AND CIGARETTES. Ms. LeBlanc Loo is a leading figure in the legacy and pedagogy of Bill T. Jones. She re-stages his work around the country and runs the Jones/Zane Educational Partnership at Loyola Marymount University, where she is an Associate Professor in the Department of Dance. In 2020, her work in dance research and pedagogy was recognized with an honorary induction into the Jesuit Honor Society, Alpha Sigma Nu. 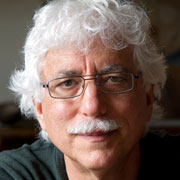 Tom Hurwitz, ASC, Co-Director and Director of Photography
Tom Hurwitz, ASC, a member of the American Society of Cinematographers, is one of America’s most honored documentary cinematographers. Winner of two Emmy Awards, the Sundance and Jerusalem Film Festival Awards for Best Cinematography, Hurwitz has photographed films that have won four academy awards and several more nominations, recently for Dancemaker and Killing in the Name. Mr. Hurwitz’s features and television programs have won dozens of awards—Emmy, Dupont, Peabody, Directors Guild and film festival awards for Best Documentary—over the last 25 years. He recently won Emmy Awards for Best Documentary Specials for the PBS show Jerome Robbins and the PBS series Franklin, as well as Sundance Awards for QUEEN OF VERSAILLES, and LOVE FREE OR DIE. Other award-winning films and programs that Mr. Hurwitz has photographed include: STUDIO 54, CRADLE OF CHAMPIONS, JOAN DIDION: THE CENTER WILL NOT HOLD, NOTHING LEFT UNSAID: GLORIA VANDERBILT AND ANDERSON COOPER, VALENTINO: THE LAST EMPEROR, HARLAN COUNTY, USA, WILD MAN BLUES, MY GENERAION, DOWN AND OUT IN AMERICA, THE TURANDOT PROJECT; Liberty! and Faith and Doubt at Ground Zero, for PBS; I Have a Dream, for ABC; and Killing in the Name, and Questioning Faith for HBO. In addition, films that he has directed have won the Cine Golden Eagle and have been shown in festivals around the world. Mr. Hurwitz is also a founding member of the faculty of The MFA Program in the Social Documentary Film Program at New York’s School of Visual Arts. 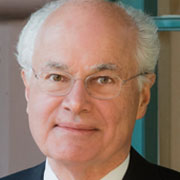 Nigel Redden, General Director of Spoleto Festival USA
Nigel Redden began his career with Spoleto while still in college as a student assistente at the Festival of Two Worlds in Italy and rejoined the Spoleto Festival USA in October 1995, after having previously served as the Festival’s general manger from 1986 – 1991. As general director, Redden has ensure the economic security of the Festival, spearheading an endowment campaign and carrying the Festival through many difficult times, most recently the ongoing COVID-19 pandemic. At Spoleto Festival USA, Redden has championed emerging artists, commissioned new operas and overseen significant art exhibitions. Redden has also been instrumental in the restoration of both the Dock Street Theatre and Festival Hall, formerly Memminger Auditorium. Redden was also director of the Lincoln Center Festival from 1998 until 2017, where he oversaw such critically acclaimed productions as Balanchine’s Jewels. He is president of the Spaulding-Paolozzi Foundation and graduated from Yale with a degree in Art History. Nigel is married to Alene Shuler, President & CEO of New York City Center, with whom he shares two adult children.

Established in 1983 as a result of the AIDS crisis, New York City’s Lesbian, Gay, Bisexual & Transgender Community Center has grown and evolved over the last four decades, creating and delivering services that empower people to lead healthy, successful lives. The Center continues to serve the LGBTQ community through virtual support services, launched almost immediately after our building closed due to the COVID-19 pandemic. We offer a wide range of services including virtual one-on-one counseling; substance use treatment and support groups; virtual youth drop-in space; online arts and culture programming; health insurance navigation; and a virtual “front desk” open five days a week to respond to community inquiries. To learn more about how The Center is serving the community during this time, please visit gaycenter.org. 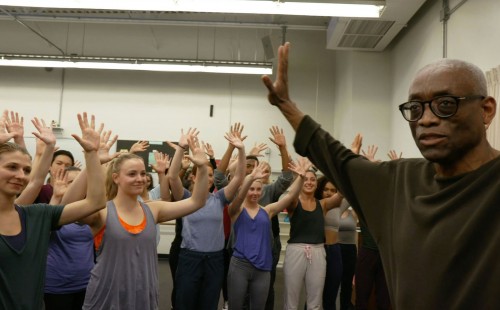 CAN YOU BRING IT: BILL T. JONES AND D-MAN IN THE WATERS