Abla (Lubna Azabal) runs a modest bakery from her home in Casablanca, where she lives alone with her 8-year-old daughter, Warda. Their routine of housework is interrupted by a knock on the door. It is Samia (Nisrin Erred) — a young woman looking for a job and a roof over her head.  The little girl is immediately taken with the newcomer, but her mother initially refuses to allow a pregnant stranger into their home. Gradually, however, Abla’s resolve softens and Samia’s arrival begins to offer all of them the prospect of a new life. ADAM is the feature directing debut of Maryam Touzani (THE BLUE CAFTAN). After premiering at the Cannes Film Festival in 2019 in the Un Certain Regard section, it did not receive a theatrical run in NYC.

"With her debut feature ADAM, Maryam Touzani allows her audience to sit back and relax comfortably into a beautifully made, character-driven little gem that knows when and how to touch all the right buttons. Taking the stories of two women, both frozen in existential stasis, and bringing them together in a predictable yet deeply satisfying manner, the writer-director ensures this scrupulously even two-hander about grief, shame, and the redemption of motherhood doles out emotional comfort food that’s neither too sweet nor too heavy. Graced by two exceptional leads given every opportunity to shine, ADAM should charm audiences.”
– Jay Weissberg, Variety

“The beautiful story of two women who transform each other’s lives… with great delicacy, (Touzani) shows how Moroccan society censures a woman who gives birth outside marriage… made heartrending by the superb performance of Lubna Azabal and Nisrin Erred
in the lead roles.”
– Deborah Young, The Hollywood Reporter 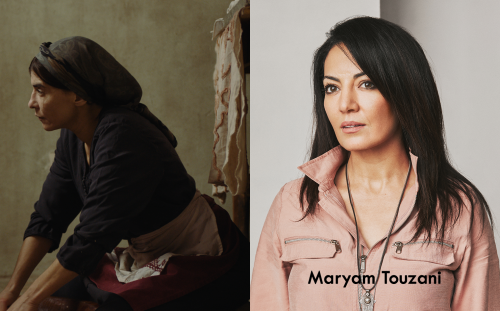