Ladri di biciclette (1948, De Sica) In a devastated postwar Italy, even a job posting bills for a Rita Hayworth movie looks good to unemployed Lamberto Maggiorani, but when his bike is suddenly stolen, it’s time for him and his little son Enzo Staiola to take a desperate odyssey through Rome’s looming streets. Attacked in Italy as being too negative, but still winner of the Italian Best Picture equivalent, New York Film Critics’ prize, and Best Foreign Film Oscar. Approx. 93 mins. DCP. 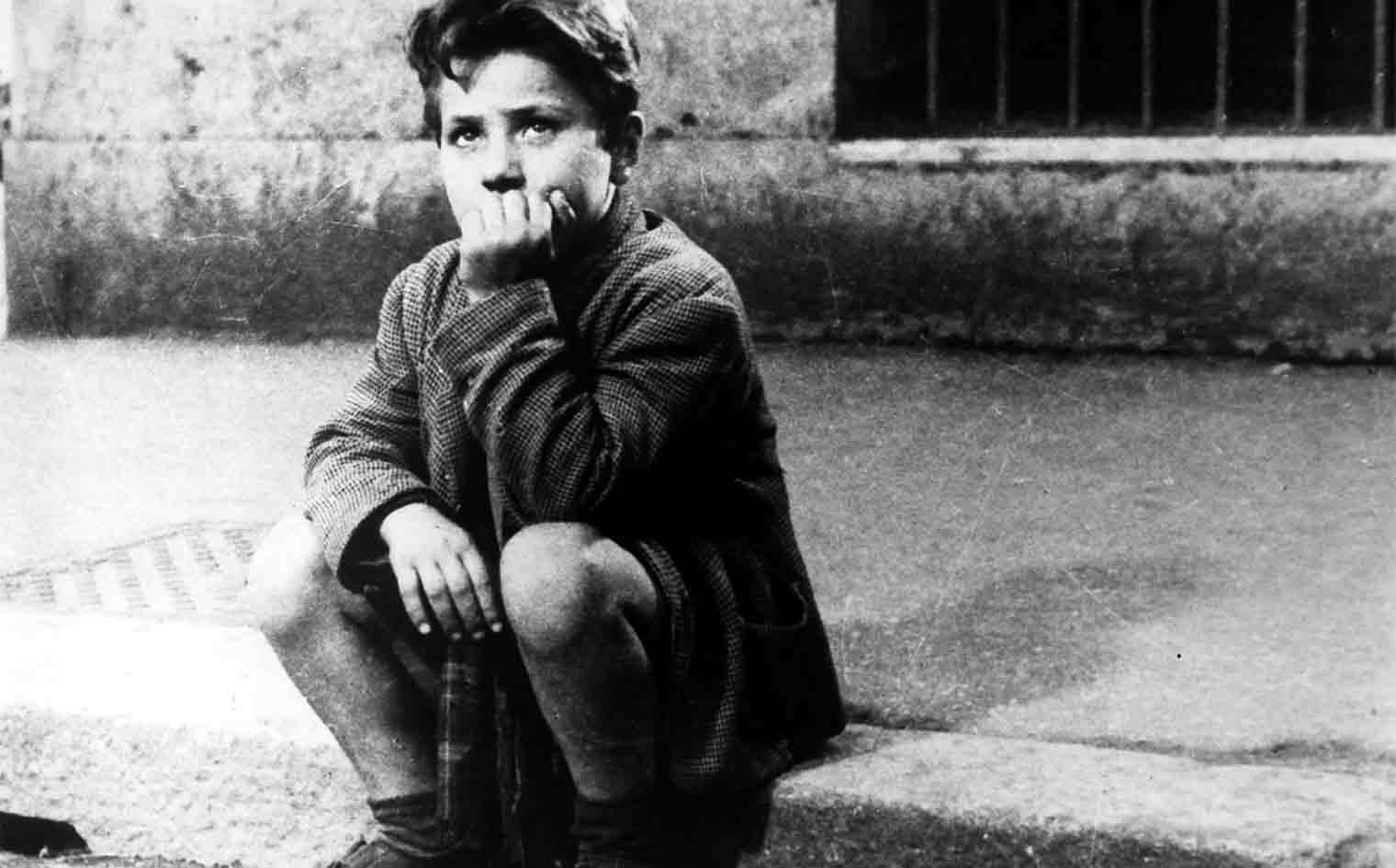 “PERHAPS THE QUINTESSENTIAL WORK OF ITALIAN NEOREALISM. Revealing the catastrophic impact of seemingly minor events on people who are struggling to subsist, De Sica endows slender side business and incidental pictorial details with high suspense and tragic grandeur. He transforms the sheer scale of the city and the vast number of residents in similarly desperate straits into A SYMPHONIC LAMENT FOR THE HUMAN CONDITION.”
– Richard Brody, New Yorker
Click here to read full article

“One of art film's most powerful gateway drugs, still haunting in its painful simplicity, laced with the unforgettable behavioral moments that may be De Sica's greatest claim to posterity.”
– Michael Atkinson, Village Voice
Click here to read full article

“The Bicycle Thief  [aka Bicycle Thieves] is so well entrenched as an official masterpiece that it is startling to visit it again after many years and realize that it is still alive and has strength and freshness. Given an honorary Oscar for 1949, routinely voted one of the greatest films of all time, revered as one of the foundation stones of Italian neorealism, it is a simple, powerful film… When the British film magazine Sight & Sound held its first international poll of filmmakers and critics in 1952, it was voted the greatest film of all time. The poll is held every ten years; by 1962, it was down to a tie for sixth, and then it dropped off the list. The restored print [allows] a new generation to see how simple, direct, and true it is – ‘what was so special about it.’”
– Roger Ebert

“ONE OF THE GREATEST FILMS OF ALL TIME”
–  Pauline Kael

“The lessons of Bicycle Thieves stayed with me.”
– Satyajit Ray