HELD OVER! Must End Thursday, April 11

WRITTEN AND DIRECTED BY HEDDY HONIGMANN

Heddy Honigmann, who has had retrospectives at MoMA and the Centre Pompidou, is the ne plus ultra of documentary filmmakers. With BUDDY, she turns her unerring eye to the relationship between dogs and people. Forget the ubiquitous “emotional support dog,” everyone’s favorite companion. These six pooches do amazing things: they open and close drawers, turn their mistress over in bed, remove paper from the computer printer, push a syringe into flesh, put on a woman’s socks, and pull up her blanket. They soothe a veteran with PTSD and a severely autistic child. With characteristic reserves of warmth and humor, Honigmann gives the dogs equal face time – a film about love, courage and trust, both human and canine.

“Critics’ Pick. The movie is warm, observant, mildly philosophical and deeply curious about the daily and inner lives of both the people and their four-legged assistants… Honigmann gets right down to the matter of emotional connection in just a shot or two... Her inquiries yield good answers about love and devotion and dog heaven.”
– Wesley Morris, The New York Times

“An exquisite portrait. And because it’s a Heddy Honigmann film it inevitably transforms into a philosophical meditation.”
– Lauren Wissot, Filmmaker Magazine

“A tender tribute to tail-wagging treasures. Man's best friend receives a cinematic pat on the head in BUDDY, the latest documentary by veteran Peru-born Dutch director Heddy Honigmann. Observing how six service dogs provide crucial daily help and companionship for their grateful owners, the ruminative, accessible affair proves as soothing to the viewer as the faithful pets are to their humans… Aided by the fluent, unobtrusive editing of the experienced Jessica de Koning. It's a simple recipe — a nice film about nice people and their lovely dogs — but one that pays regular dividends in terms of quietly accumulated insight and interludes of touching sweetness. Crucially, her warm sensitivity as an interviewer is palpable, earning the trust of her two-legged and four-legged subjects alike.”
– Neil Young, The Hollywood Reporter 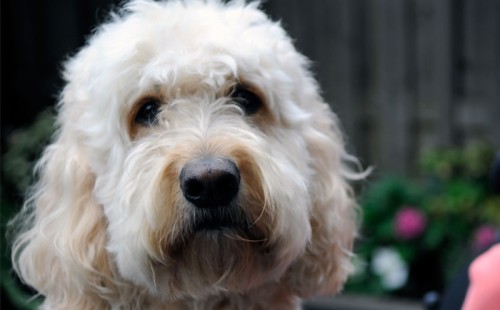 Specially made for us. For sale at the concession during the presentation of BUDDY. No dog should be deprived.