This docu-drama toggles slyly between genres, seamlessly moving from the past to the present, enlisting noted trans actors to portray trans figures from the 1960s. In the words of Richard Brody (The New Yorker): “A film of quiet but decisive radicality… FRAMING AGNES draws on a long-hidden UCLA archive of interviews with trans people, conducted half a century or more ago… The performances of the transcripts bring vividly to the screen the burdens borne by trans people of even the modern past: the silence and the sacrifices, the obsessive stage-managing and taut performances of their lives – on which their safety depended.” Joynt himself plays a Mike Wallace-style talk show host, and Angelica Ross, Jen Richards, Zackary Drucker, Silas Howard, Max Wolf Valerio, and Stephen Ira play historical characters and appear as themselves. Comments historian Jules Gill-Peterson: “There is something between a truth and a lie where life takes place.”

“Prompts fascinating and provocative insights into the way trans people live today. A documentary that’s constantly breaking the fourth wall. The performers here give life to real, anonymous figures of the past while also sharing insight into their own 21st century lives. Joynt and Drucker discuss the importance of the talk show in the cultural history of trans people. Empathetic and insightful. Brisk and loaded with insights. A vital part of the historical record, addressing trans life as we know it right now and providing deeper
understanding for current and future viewers.”
– Alonso Duralde, The Wrap

“Actor recreations are a way of bringing these forgotten trans people to the present, to humanize them in a way history books have not. Filled with great performances from actors you probably know… people like Jen Richards and Angelica Ross and Silas Howard, who have spent years risking visibility to better our trans world.”
– Drew Gregory, AutoStraddle

“One of the most captivating documentaries.  Reflective and mesmerizing. Employes a sophisticated melange of reenactments, interviews, and archival research  to take a far deeper dive into sociologist Harold Garfinkel’s 1960s research and, more importantly, the words of his subjects. Identifies the talk show… as a surprisingly gripping format.  Rich and intricate network… a thoughtful interrogation of race, class and intersectionality. A film about both visibility and vulnerability and the way they intersect. Exceptionally engaging and even playful.”
– Aviva Dove-Viebahn, Ms. Magazine 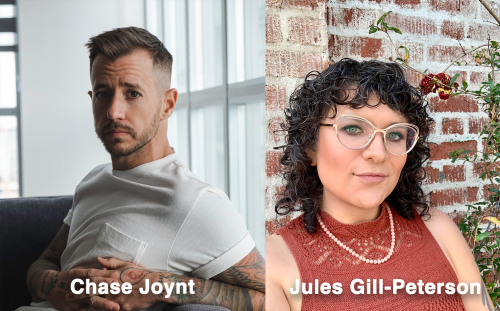