HIERONYMUS BOSCH: TOUCHED BY THE DEVIL

2016 marks the 500th anniversary of the death of Dutch master Hieronymus Bosch. Whether you know it or not, his wildly bizarre imaginings of hell are permanently etched upon your psyche. Pieter van Huystee tracks down his 25 or so surviving paintings, recording the meticulous work of archivists to definitively attribute the work to the artist (10 family members painted) as well as the snarky jousting by Dutch and Spanish curators over granting access to the masterpieces. (The Garden of Earthly Delights, the Prado’s Mona Lisa, has not left Spain in 400 years and it’s not about to anytime soon.) Bosch’s vivid imagination spawned precise, grotesque, salacious juxtapositions: “a bird-headed monster wearing a cooking pot as a helmet while devouring a man whose backside emits fire, smoke and a flock of blackbirds.” - Tom Rachman, The New York Times. Tantalizing, repulsive, hilarious, and sexually perverse: his hell is our hell, even after 500 years. 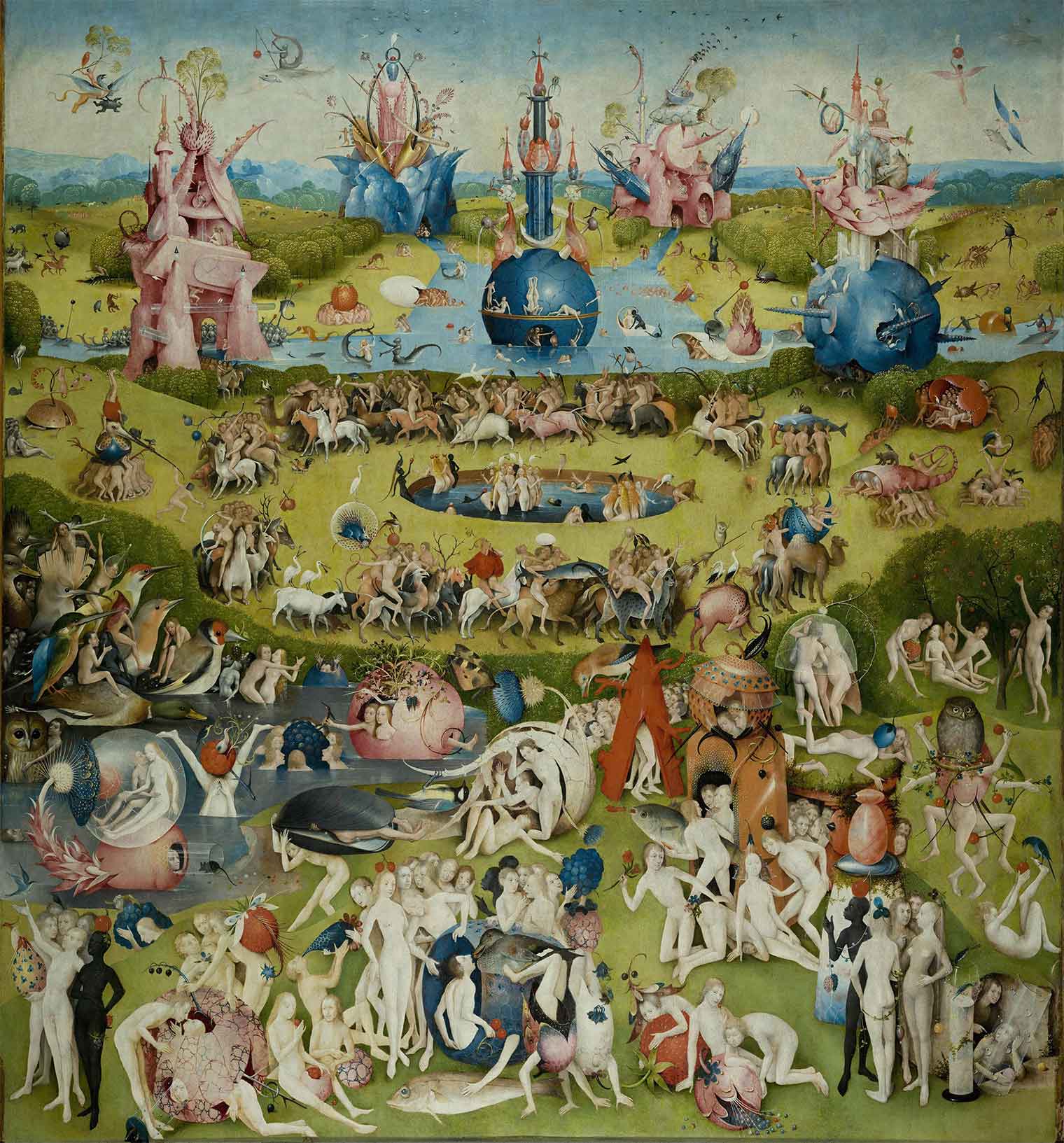 “FASCINATING. Bosch’s images aresurreal, crazy, violent, sinister, astounding. They can make your eyes pop open in disturbed wonder. (The film) brings us literally closer to Bosch’s images than one could probably get in almost any museum… (it) offers a true immersion in his artistry.”
– Owen Gleiberman, Variety

“(Bosch’s) paintings, teeming with demons, creatures worthy of H.G. Wells’s ‘The Island of Dr. Moreau’ and surreal amalgams of all sorts, still strike awe… It’s a measure of Bosch’s imaginative genius that the imagery in works like The Garden of Earthly Delights outstrips in boldness many of the extreme digital fantasies in Hollywood horror films.”
– Stephen Holden, The New York Times

“An enthralling art detective story and a fascinating history lesson. There is not one boring moment in its 89 minute running time. There might not have been Dali or Geiger if it weren’t for Bosch.  It’s a real delight to see his work up-close and personal, blown up on the big screen. Engrossing.  A great watch.”
– Dustin Chang, Screen Anarchy

“The art museum is a multitudinous place of discovery in HIERONYMUS BOSCH: TOUCHED BY THE DEVIL.  The doc is no mere appreciation piece, nor an advertisement for the sanctity or edifying calm of the museum space. Instead, it showcases the mechanism behind the exhibit that places curatorial efforts into fascinating light.”
– Clayton Dillard, Slant Magazine

HIERONYMUS BOSCH: TOUCHED BY THE DEVIL: Q & A with filmmaker Pieter van Huystee