Playing theatrically and in Virtual Cinema.

Norway’s official submission to the 2021 Academy Awards®, included in the shortlist for Best International Feature Film

Written and directed by Maria Sødahl – who based the film on her own experiences – HOPE is that rare film: a moving, believable drama about adults for adults. It’s the story of Anja and Tomas, longtime romantic partners who have a large, blended family of children and stepchildren. Skarsgård, who’s been making movies for nearly 50 years (internationally known for his work with Lars von Trier and other major directors; known to Marvel Universe fans as astrophysicist Dr. Erik Selvig) brings gravitas and charm to the role of Tomas, a successful, workaholic theater director. Andrea Bræin Hovig, as Anja, his younger partner, is a modern dance choreographer who is the heart and soul of their busy, affluent, Oslo household. But just as their Christmas weekend is about to take off, she receives a medical diagnosis that’s terminal. Without anything that resembles sentimentality, Anja and Tomas, are forced to recalibrate their relationship in ways that only a profound crisis can inspire. Their love story moves into unchartered territory – a process that anyone who has experienced the inevitable ebb and flow of a long-term relationship will recognize.

Earlier this year, Nicole Kidman bought the rights to HOPE and will star in a television series adaptation, to be co-produced by her production company, Blossom Films, and Amazon Studios.

“Believe the accolades: Maria Sødahl’s perceptive, heartfelt HOPE richly deserves all the attention it’s gotten at festivals and award ceremonies… Teases out the unexpected byways where hope is not just crushed but nurtured… The rewards here are great, not just for the multi-layered screenplay but the impeccable performances by Andrea Bræin Hovig and Stellan Skarsgård.”
– Jay Weissberg, Variety

“Rich and joyous perfectly balanced at other times by the very real stakes.”
– Christopher Reed, Hammer to Nail 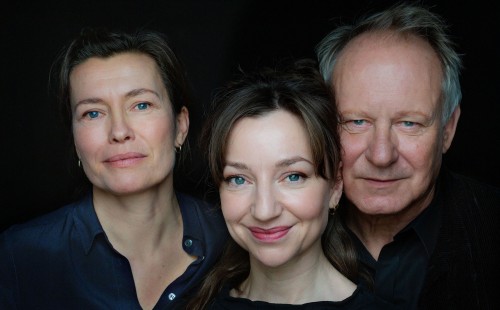