(1916) Overwhelmingly spectacular follow-up to The Birth of a Nation, with Lillian Gish’s cradle-rocking tying together stories of Christ, the 16th century St. Bartholomew Day Massacre, the fall of Babylon, and a modern day story capped by the original car vs. train race to deliver the reprieve. This restoration features a lush orchestral score by Carl Davis. Approx. 167 min. DCP. 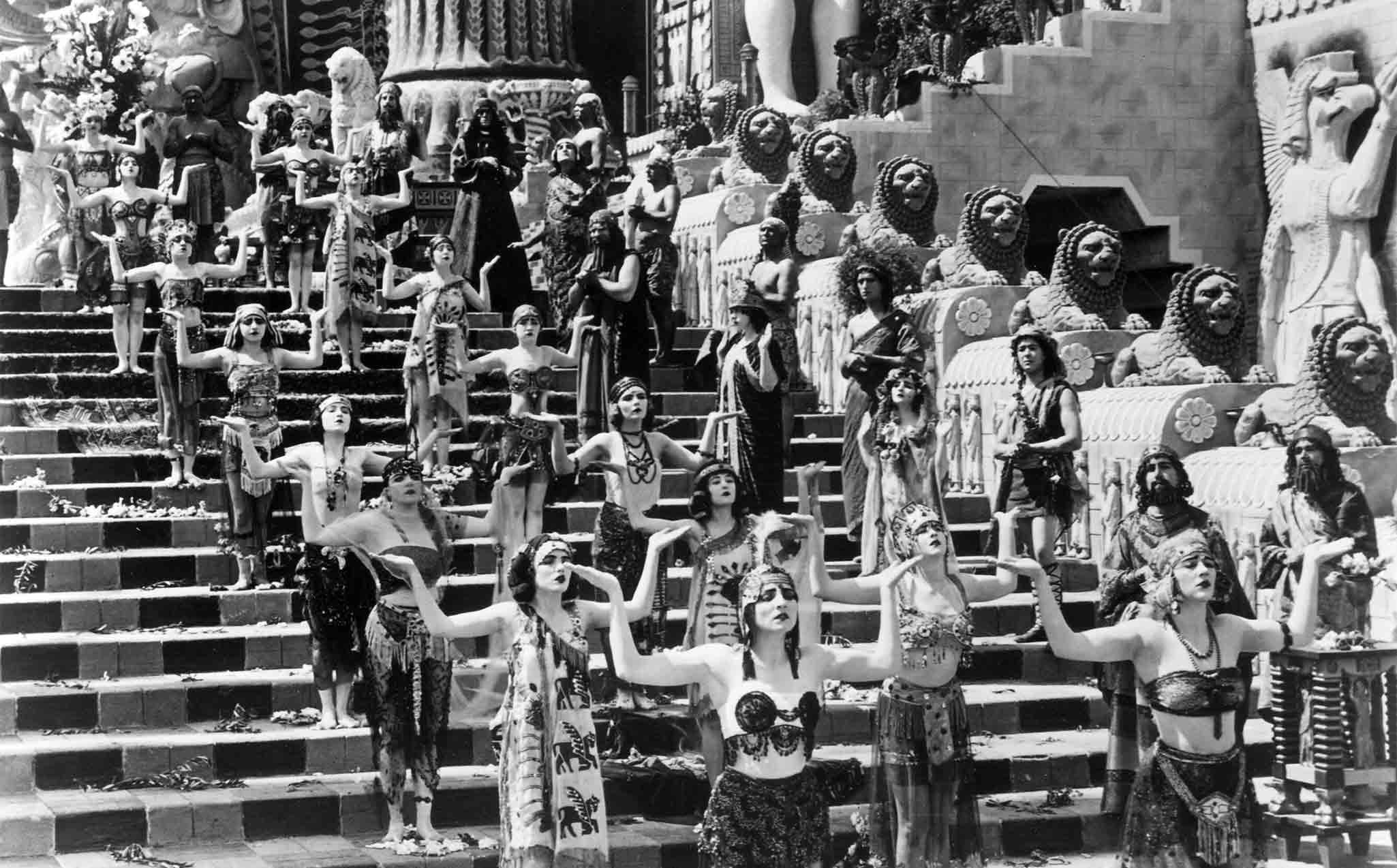 "THE ULYSSES OF THE CINEMA!"
- Dave Kehr

“Stupendous, tremendous, revolutionary, intense, thrilling, and you can throw away the old typewriter and give up with the dictionary because you can’t find adjectives enough”
- Film Daily

"The way Griffith brings all four stories to a climax at the same time so that you're chasing along in a chariot, the cross is being carried through Jerusalem, the Huguenots are being slaughtered and you're tearing along in a train across modern America, is just amazing. The scale of his ambition and the level to which that ambition is achieved are astounding."
– Kevin Brownlow

"Griffith's epic celebration of the potentialities of the film medium – perhaps the greatest movie ever made and the greatest folly in movie history. It is charged with visionary excitement about the power of movies to combine music, dance, narrative, drama, painting, and photography – to do alone what all the other arts together had done. In this extravaganza one can see the source of most of the major traditions of the screen – the methods of Eisenstein and von Stroheim, the Germans and the Scandinavians, and, when it's bad, De Mille. It combines extraordinary lyric passages, realism, and psychological details with nonsense, vulgarity, and painful sentimentality."
– Pauline Kael