(1996) Busts of famous playwrights adorn the entrance, janitors, cooks, and waiters work behind the scenes, executives fret about financial and union problems and sensitively coach actors — one of whom paces alone on stage for minutes on end running his lines — with snatches of live performances as well. (After the filming, Wiseman was himself offered a shot at directing a production). 16mm. Approx. 223 min.

“A rare glimpse into what makes theater theater and what makes film, in the right hands, an art.”
– Michael Blowen, Boston Globe

“Performers everywhere should be enchanted. Ordinary mortals may get itchy. Patience, though, is rewarded with precious moments and delicious insights.”
– John J. O’Connor, The New York TImes 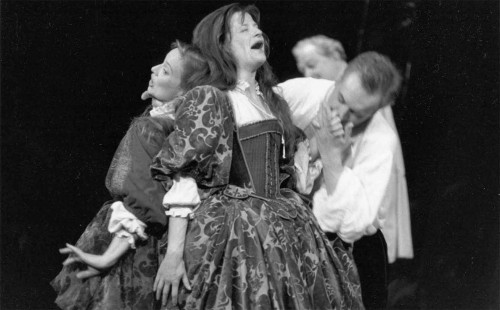