THE MOST COMPLETE VERSION SINCE 1939 • NEW 4K RESTORATION 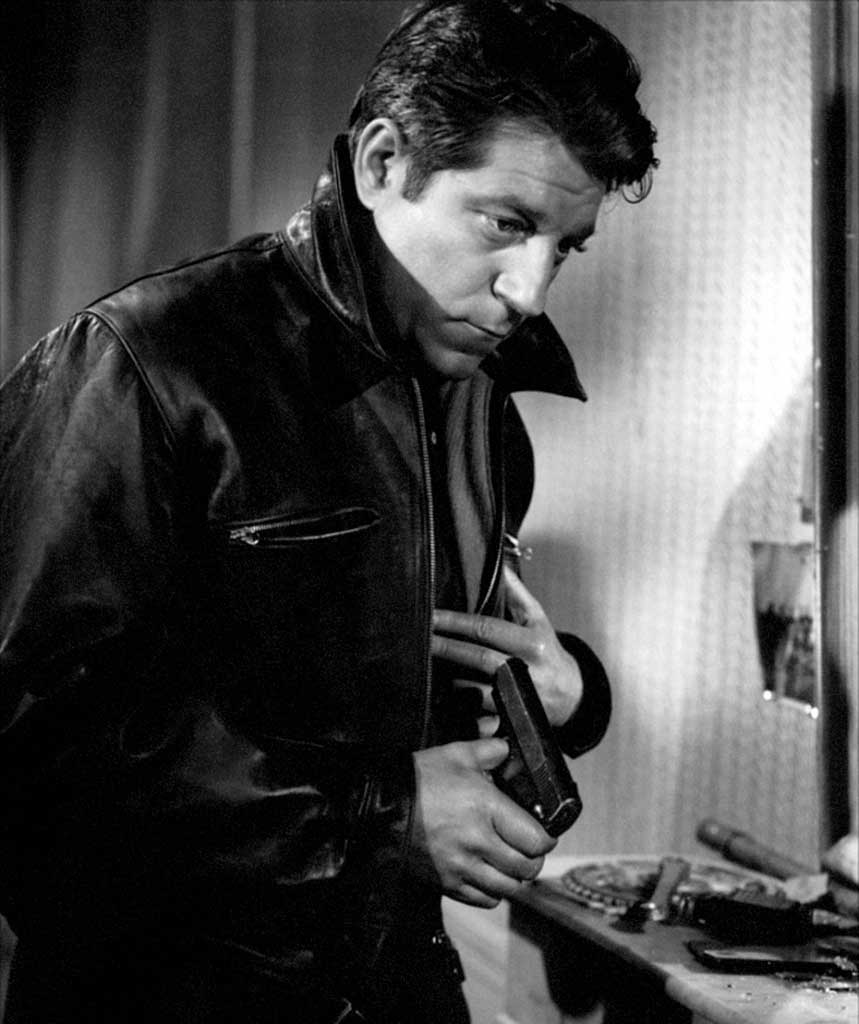 (1939) As a blind man ascends the stairs of an oddly stand-alone, narrow, six-story working class apartment building, angry voices rise in a top story room, a shot rings out, a snappily-dressed body rolls down the stairs, and the first flics to arrive are greeted by a fusillade of bullets from the apparent killer, right through the door. He is, of course, Jean Gabin, and after his door is shredded by cops’ volleys (director Carné used real ammo), he settles down to chain smoke till dawn... and then the flashbacks begin. Released just as France was falling, this eternal quadrangle — qu’importe sandblaster Jean Gabin romances ethereal florist’s assistant Jacqueline Laurent, who becomes fascinated by mercurial, middle-aged dog-act vaudevillian Jules Berry, whose own assistant Arletty (Children of Paradise’s Garance) breaks up with him right in the middle of the act, and then dallies with Gabin — seemed to sum up the despair and hopelessness of the “poetic realism” that Carné and writing collaborator Jacques Prévert epitomized before the war. Brutally censored by the Vichy puppet government that soon came to power, with cuts including Arletty’s nude emergence from the shower and references to the police as “fascists,” then the removal from the credits of director of photography Curt Courant and legendary production designer (Children of Paradise, The Apartment, etc.) Alexandre Trauner (both were Jewish) — and then an outright ban as “too demoralizing.” This new 4K restoration puts back the cut scenes and original credits for the first time in 75 years. All-new subtitles by Lenny Borger and Charlotte Trench capture the poetry of Prévert’s dialogue. Approx. 93 min.  DCP.

#1 CRITICS' PICK
"A GLORIOUS RESTORATION THAT INVIGORATES THE ORIGINAL! Restores several cuts demanded by the Vichy regime, including a glimpse of a naked Arletty emerging from her bathtub… [Its] extraordinary cinematography, replete with chiaroscuro lighting and vertiginous shooting angles, PREFIGURES AMERICAN FILM NOIR."
– Anna King, Time Out New York
Click here for the full review

“EXTRAORDINARY! A GLISTENING RESTORATION! Gorgeously melancholy, and not just because of its tragic love-triangle plot: Released less than three months before France and Britain declared war on Germany, it vibrates with unspoken foreboding and despair — but it's mostly in Gabin's face, solemn and watchful, that we see the signs of the gathering storm.”
– Stephanie Zacharek, Village Voice
Click here for the full review

"[A] MASTERWORK. Like Carné's earlier Port of Shadows, Le Jour Se Lève establishes a versatile visual palette that exerted a significant influence over classical noir…The way Le Jour Se Lève plays with the moral duality of light and shadow is practically Manichean. And the film's despairing, devastating finale seems to want to prove the ineluctable truth behind the old adage that it’s always darkest just before the dawn."
–  Budd Wilkins, Slant Magazine
Click here for the full review

“THE QUINTESSENCE OF FRENCH ‘POETIC REALISM!’
Gabin, Berry and Arletty are about as good as anything ever shown on screen.”
– Andrew Sarris

“BRISTLING WITH ENERGY AND SHAPED WITH INCOMPARABLE ARTISTRY AND FLAIR!”
– Peter Bradshaw, The Guardian

“A JEWEL OF THE GOLDEN AGE OF PRE-WAR FRENCH FILMMAKING, and the high point of Carné and Prévert’s cinema of ‘poetic realism’… The emotions are operatic, the settings mundane, and the tension between Gabin and Berry powers the movie towards its fatalistic, impossibly sad and romantic ending. Prévert and Carné wouldn’t reach these heights again until Children of Paradise. By then, the Popular Front France depicted in Le Jour se Lève, and the attitudes embodied by it, were long dead. This film, however, lives on forever.”
– John Patterson, The Observer