In this gripping, genre-subverting procedural, the driving question is not Whodunnit? but rather who are these people and what is the nature of their entanglement?  Is God dead or our only hope in a world gone to hell? When a young novice sneaks away from her isolated convent in rural Romania to attend to mysteriously urgent matters, a shocking incident on her return journey thrusts a police detective into a quest to uncover what happened and why – which he does with dogged intensity. In the face of an horrific act, will mercy or justice, faith or revenge, prevail?

Special Screening:
Bogdan George Apetri’s UNIDENTIFIED
Thursday, June 9 at 8 pm
This is the first part of a crime trilogy (MIRACLE is part two) in which a hot-tempered policeman is obsessed with an arson investigation. The films share some characters, though each is a self-contained narrative.

"A crime drama of absorbing authenticity… staged with an inexorable skill that tugs you along like a Patricia Highsmith novel. A tale of mystery, of scalded innocence, and of the staggering evil that ordinary men can do. MIRACLE, as it closes in on its heart of darkness, creates a slow-burn suspense that won't quit. Apetri holds the audience and then, in the last scene, melts it...”
–Owen Gleiberman, Variety

"The story of God and some very human monsters. A gripping white-knuckle morality tale. An exploration of faith’s value in a world that has gone to Hell. Chilling, constantly intriguing.  (The) 19-year-old nun… is a young woman on a mission who also feels like a character in a prime period Hitchcock thriller... (with) echoes of classic Sidney Lumet films. Tense conversations as edge of the seat as any car chase.”
–Allan Hunter, Screen Daily

"MIRACLE lives up to its name, seamlessly blending narrative, style, and technique with devastating results. A riveting and nuanced exploration of not just two individuals, but of man, God, and the human condition itself. (A) series of devastating reveals. Simple in scope, yet complex and precise in its execution, the result is a marvel befitting the title.”
– Warren Cantrell, The Playlist 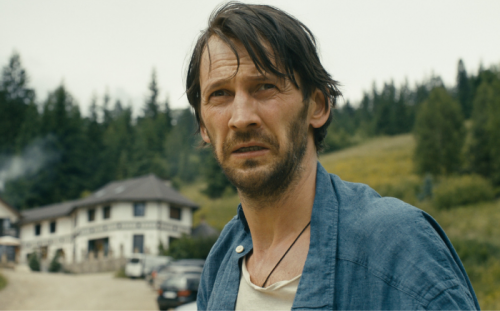