Nicolas Winding Refn’s
PUSHER II: WITH BLOOD ON MY HANDS

(2004) “‘I don’t have any interest in crime or drugs whatsoever,’ says Refn. ‘Pusher II’ is full of guns, knives, car chases, fisticuffs and narcotics, but watching it you see exactly what he means. For the interesting thing about this sequel to his impressive 1996 debut is what’s going on behind the eyes of dopey lead character Tonny (Mads Mikkelsen, a supporting player in the first movie). Just out of jail, he’s keen to impress his crimelord father, but he just can’t stop messing up, a fact of which everyone loves to make him aware. Tall, muscular, shaven-headed and heavily tattooed, Tonny’s an intimidating sight, but as the fuck-ups, mental bullying and new paternal responsibilities rack up, initial cockiness is soon displaced by doubt, bemusement, vulnerability and despair. Mikkelsen puts in a skillfully taciturn performance, while Refn’s direction is no less controlled.” – Time Out, September 12, 2005. 35mm. Approx. 100 min. 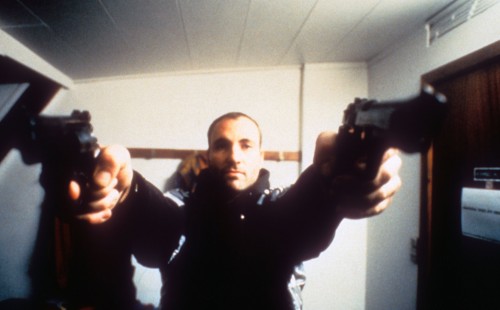 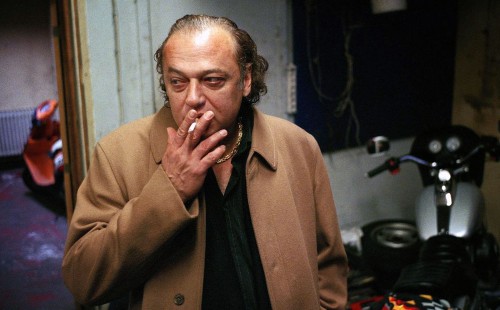