“I coulda been a contender,” agonizes Marlon Brando’s pigeon-raising ex-pug Terry Malloy, as he gets mixed up in corruption and murder in a Hoboken longshoremen’s union, thanks to brother/mob mouthpiece Rob Steiger, then must face victim’s sister Eva Marie Saint. Winner of 8 Oscars, including Best Picture, Director, Actor, Supporting Actress, Screenplay (Budd Schulberg) and Cinematography (Boris Kaufman).

“A landmark in any history of New York filmmaking.”
– Richard Koszarski, “Keep ’em in the East”: Kazan, Kubrick, and the Postwar New York Film Renaissance 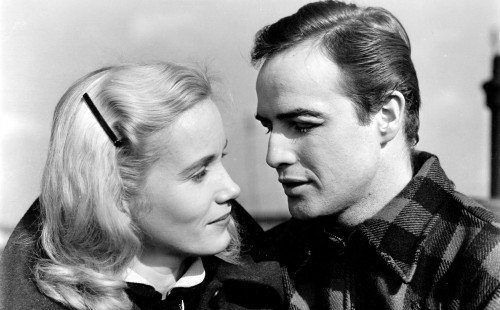