(1961) “You may be a one-eyed jack around here, but I’ve seen the other side of your face.” Left holding the bag by fellow bank robber Karl Malden when trapped by a posse, Marlon Brando’s Rio emerges from five years of rat-counting in the Sonoma pen, only to find his old buddy now a respected lawman, complete with wife Katy Jurado (High Noon) and step-daughter Pina Pellicer (the Mexican actress (Macario) in a heartbreaking debut performance as Rio’s love interest, underlined by her suicide within four years). Brando’s only directorial effort was the Heaven’s Gate of its day, complete with firing of initial director Stanley Kubrick and co-scenarist Sam Peckinpah, millions of dollars in cost overruns, and a first cut running to five hours. Away from the hoopla, it can now be seen as a fresh approach to genre clichés; with perfectly understandable scene played in un-subtitled Spanish; numerous on-set improvisations (Brando’s spit and Malden’s “a nice start, kid” were instant ad-libs); one of the great screen insults  (“You scum-sucking pig!”); and rare for a Western: seaside scenes, shot near Monterey. 4K DCP restoration. Approx. 141 mins.

New digital restoration by Universal Studios in collaboration with The Film Foundation. Special thanks to Martin Scorsese and Steven Spielberg for their consultation on this restoration. 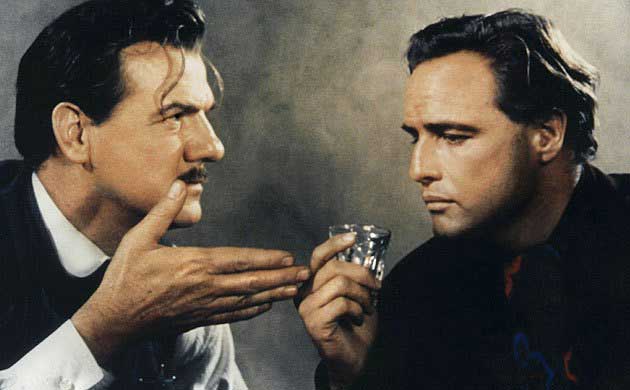 “VISUALLY STUNNING! Unlike any other western...The intensity and the energy of the actors just burst out of the edges of the screen.”
– Martin Scorsese

“Contains the most accurate on-screen portrait of Brando at the time.”
– Patricia Bosworth, Marlon Brando

“ALL THE INGREDIENTS OF A CLASSIC WESTERN. Catching Marlon Brando alongside [Katy] Jurado and rising star Pina Pellicer should be worth the price of admission alone.”
– Andrew S. Vargas, Remezcla

“A WEIRDO WESTERN!”
– Time Out

“MEAN, MOODY AND MAGNIFICENT! The Freudian intentions lurking in the character conflicts and the card symbolism, the homosexual and Oedipal intimations, are underpinned by the extraordinary settings. Surely uniquely in a Western, the key scenes are played out against the rocky Monterey sea coast, with waves crashing portentously in the background, so that nature echoes the Romantic agony of a hero much given to brooding in corners or gazing out into space shrouded in his Byronic cape. The result, laced with some fine traditional sequences and stretches of masochistic violence, is a Western of remarkable though sometimes muddled power.”
– Tom Milne, Time Out (London)

“What is extraordinary about it is that it proceeds in two contrasting styles. One is hard and realistic; the other is romantic and lush… as if it had been directed jointly by John Huston and Raoul Walsh.”
– Bosley Crowther, The New York Times

“There is a strong Freudian pull to the situation that is more ritualized than dramatized: the most memorable scenes have a fierce masochistic intensity, as if Brando were taking the opportunity to punish himself for some unknown crime. The bizarre action is set off by the classic Hollywood iconography of the western landscape (photographed by Charles Lang).”
– Dave Kehr, Chicago Reader