THE QUAY BROTHERS – ON 35MM

and the World Premiere of Christopher Nolan’s QUAY

American identical twins working in London, stop motion animators Stephen and Timothy Quay (born 1947 in Norristown, Pennsylvania) find their inspiration in Eastern European literature and classical music and art, their work distinguished by its dark humor and an uncanny feeling for color and texture. Masters of miniaturization, they turn their tiny sets into unforgettable worlds suggestive of long-repressed childhood dreams. These three Quay masterworks, selected by director Christopher Nolan, feature broken pencils and lead shavings in IN ABSENTIA (2000; “a dazzling piece of work” – The Guardian); a porcelain doll’s explorations of a dreamer’s imagination in THE COMB (1991; “most beautiful of their recent films” – The New Yorker); and the nightmarish netherworld of STREET OF CROCODILES (1986; “their crowning achievement” – Film Comment); and for the first time ever, QUAY (2015), Nolan’s new short film revealing the inner workings of the Brothers’ studio. Approx. 70 mins. All four films in 35mm. 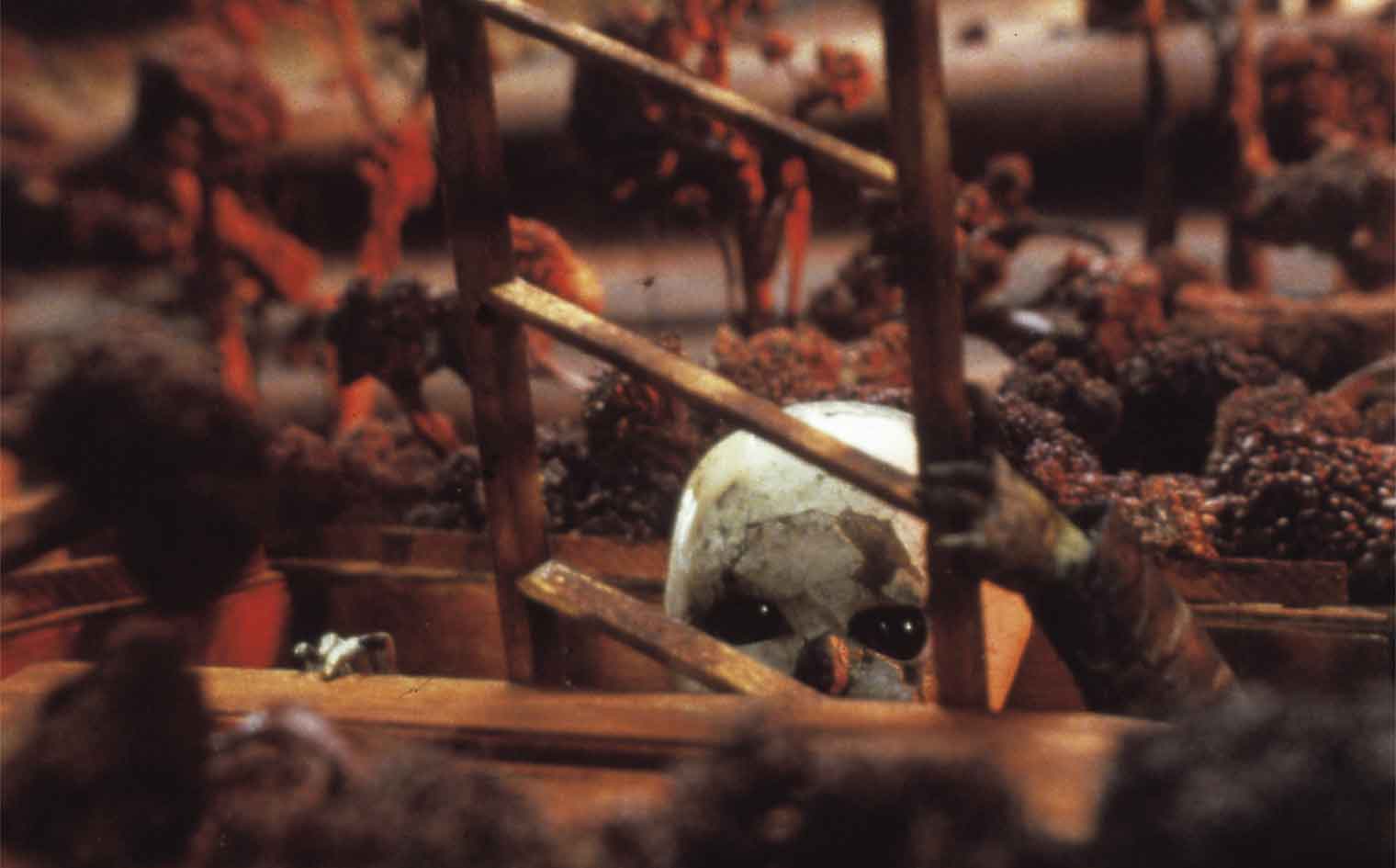 “ONE OF CHRISTOPHER NOLAN’S GREATEST ACHIEVEMENTS! A dazzling collection of experimental shorts…the program forces viewers to open their eyes to a different kind of cinematic experience.”
– Indiewire
Click here to read full article

“TO SAMPLE THE QUAY BROTHERS’ FEBRILE, CLAUSTROPHOBIC ANIMATED WORK IS TO BECOME AN ENTHUSIASTIC IF UNEASY CONVERT.”
– The New York Times

“To enter the impossible, haunted night of a Quay Brothers film is to become complicit in one of the most perverse and obsessive acts of cinema.”
– Michael Atkinson, Film Comment

“Masters above all of an unusually entrancing form of stop motion animation... Fraught with unresolved dreamlike narratives and psychosexual tensions.”
– Roberta Smith, The New York Times

“The twins work almost entirely by themselves: one positions the puppets, the other holds the camera. It would seem monkish if the results weren’t so often charming, sexy and just deeply odd.”
– Jesse Doris, Time

“EERILY MOVING. These astonishing artists, working in an unlikely form, awaken our senses. They combine a demiurgic, Caligari-like mastery over their creations with the gentle dream archeology of Joseph Cornell: their puppets look less like things invented than like things discovered.”
– Terrence Rafferty, The New Yorker

“THE MOST PERVERSELY FASCINATING BODY OF WORK THIS SIDE OF DAVID CRONENBERG.”
– John Anderson