SOLD OUT ONLINE. Limited tickets may be available at the box office.

(1929) After no-good Jack Donovan kills the lights at a house party for effect, guests find he’s the knife-skewered victim – and then inspector Jack Holt is called in. A classic Dark House comedy whodunit, with a classic denouement, based on a play by the prolific Owen Davis (whose 1923 Pulitzer Prize-winning play Icebound is currently being revived Off-Off-Broadway), The Donovan Affair was for Capra “the beginning of a true understanding of the skills of my craft” and his first “100% all-Dialogue Picture.”

But its original soundtrack – recorded on 16” disks (before sound-on-film became standard) – has long been lost.  The one existing print, at the Library of Congress, is completely silent, rendering the picture completely incomprehensible.

For two exclusive screenings at Film Forum, the lost Donovan Affair soundtrack will be re-created live, with the dialogue instantaneously dubbed by actors hand picked for their affinity to the acting style of the late 20s and 30s, along with live music and re-created sound effects.

This unique presentation, last performed in New York at Film Forum 18 years ago, was the hit of last year’s TCM Classic Film Festival in Hollywood, where it brought down the house at the palatial Egyptian Theater.  Aside from these few special screenings, Donovan has not been seen since its original release, 85 years ago. Click here to read Bruce Goldstein's article for TCM on the history of The Donovan Affair sound re-construction project. 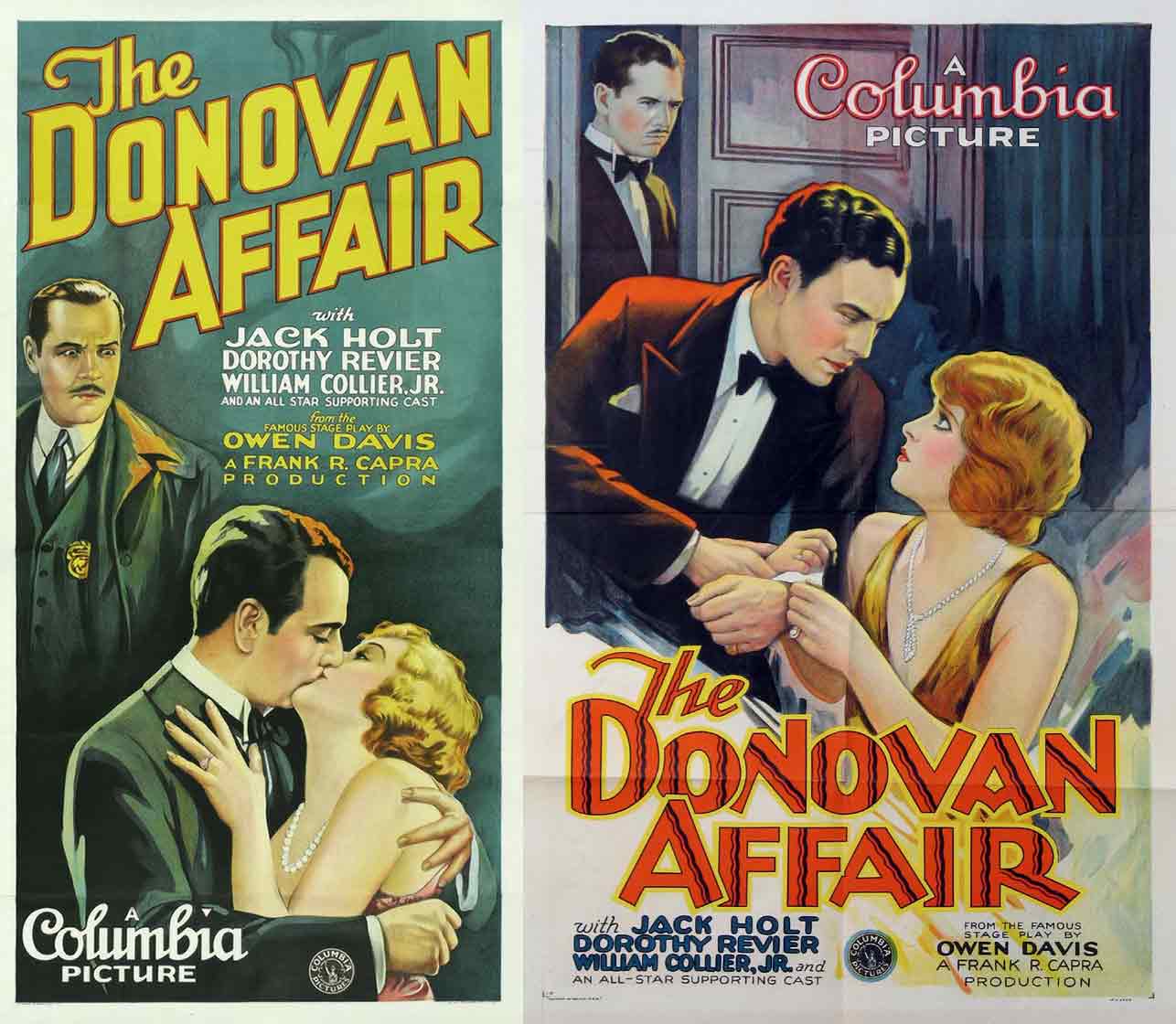 ALLEN LEWIS RICKMAN: Film and TV credits include the Coen Brothers’ A Serious Man, HBO’s You Don’t Know Jack, and a recurring role on Boardwalk Empire.

JAMES KAREN: named by Vanity Fair as one of the most recognizable character actors working today, with such credits as The Pursuit of Happyness, The China Syndrome, Mulholland Dr., Wall Street, Poltergeist, and Return of the Living Dead – but perhaps best known to New Yorkers as “The Pathmark Man.”

MICHAEL BADALUCCO: Emmy-Award winner for TV’s The Practice, Boardwalk Empire (recurring role), and a Coen Brothers regular in such films as The Man Who Wasn’t There and O Brother, Where Art Thou? (as Babyface Nelson)

The cast of seasoned performers will be dubbing the missing voices of Jack Holt (star of Capra’s Submarine and Flight), Dorothy Revier (said to be the model for Columbia Pictures’ “Torch Lady”), Buster Collier, Wheeler Oakman, Alphonse Ethier, comedians Hank Mann, Fred Kelsey and Ethel Wales, and Agnes Ayres, most famous for being swept away in the desert by Rudolph Valentino in Son of the Sheik.

This special presentation of The Donovan Affair, produced by Bruce Goldstein, has been performed only five times in 22 years – the only times this important landmark in film history has screened since its original release, 85 years ago.