NEVER BEFORE RELEASED IN THE U.S.

(1968) Amid mountainous, horse-hip-deep Utah snowdrifts, oppressed settlers hide out from psycho — even by his standards — Klaus Kinski’s bounty hunters, while Jean-Louis Trintignant’s “Silence,” mute thanks to a childhood neckslashing (he took the part because he didn’t need to learn lines), signs on to avenge the husband of African American Vonetta McGee (Blacula, Repo Man). With chilling snow-covered locations in the Dolomites and brutally shocking climax. DCP. Approx. 105 min. 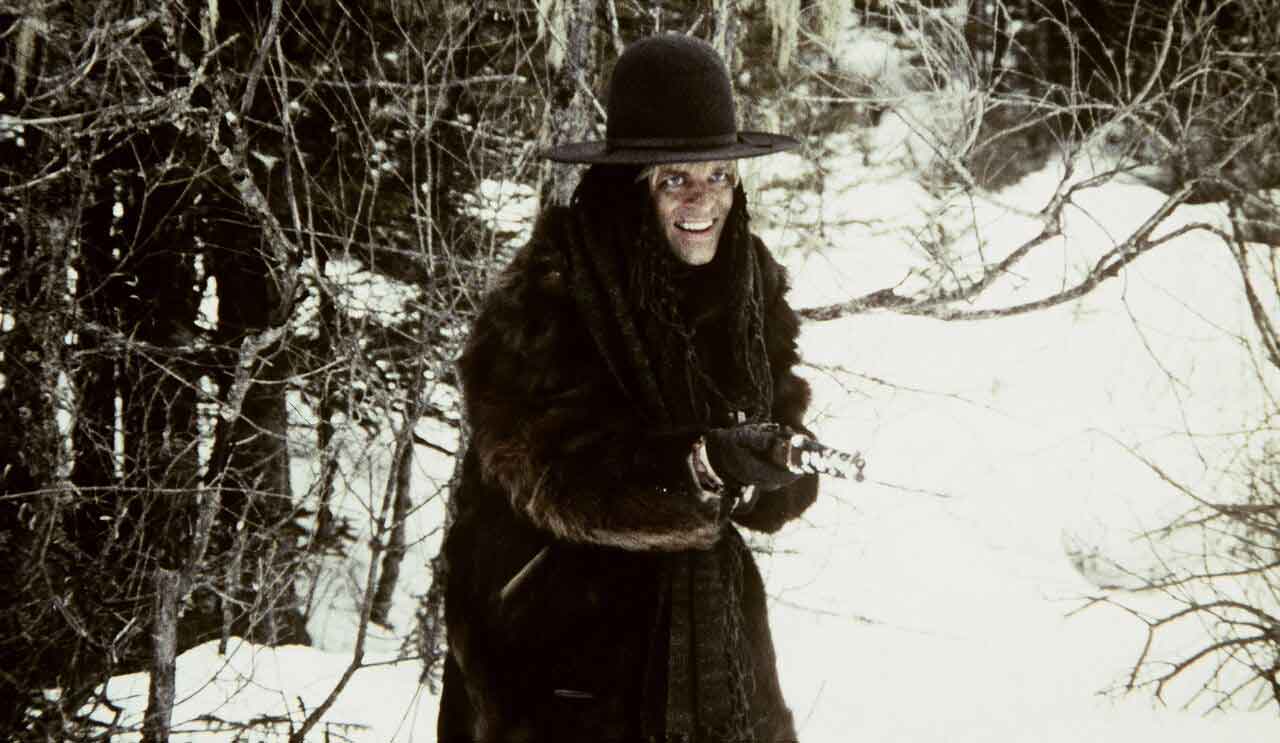 “I regret the loss of a certain kind of craziness that used to flourish in movies — the kind that is on rich and ripe display in The Great Silence… It’s anarchic and rigorous, sophisticated and goofy, heartfelt and cynical. The score, by Ennio Morricone, is as mellow as wine. The action is raw, nasty and blood-soaked. The story is preposterous, the politics sincere… The mood is sometimes jaunty, but The Great Silence is no joke, and the fatalism of its ending serves as an implicit critique of the sentimental optimism of many Hollywood westerns. Power speaks louder than silence.”
– A.O. Scott, The New York Times. Read the full here.

“Still hurts so good a half-century later… Goes out with a devastating bang.”
– Simon Abrams, The Village Voice

“A STUNNING RESTORATION. Twists a revenge melodrama into a searing tract about race and class… The snowy landscapes are shot in gorgeous widescreen by Silvano Ippolito, and the Film Movement Classics restoration is so crisp, the production looks like it was finished yesterday. Almost as unexpected as having a harsh winter setting for a western, Ennio Morricone’s score is subtler and more plaintive and intricate than his better-known works for Leone… Even 50 years later, The Great Silence stands majestically as both a blistering comment about its era and a creatively revisionist genre piece.”
– Eric Monder, Film Journal International

“If your knowledge of spaghetti Westerns extends to Sergio Leone and no further, you should mount up and explore this territory.”
– Joshua Rothkopf, Time Out

“[Corbucci’s] West was the most violent, surreal and pitiless landscape of any director in the history of the genre.”
– Quentin Tarantino, The New York Times

“Corbucci’s tightest, most relentless Western... Tigrero is Klaus Kinski’s finest role in any Western. Polite, patient, always laughing to himself at the absurdity of it all, he keeps a little book, wets his pencil and adds up his tally of souls. This is great acting — as is the work of Trintignant, [who] has to convey everything via action or expression. He pulls it off flawlessly… The score is one of Morricone’s finest: light, restrained, affecting, entirely different from his other Western work.”
– Alex Cox