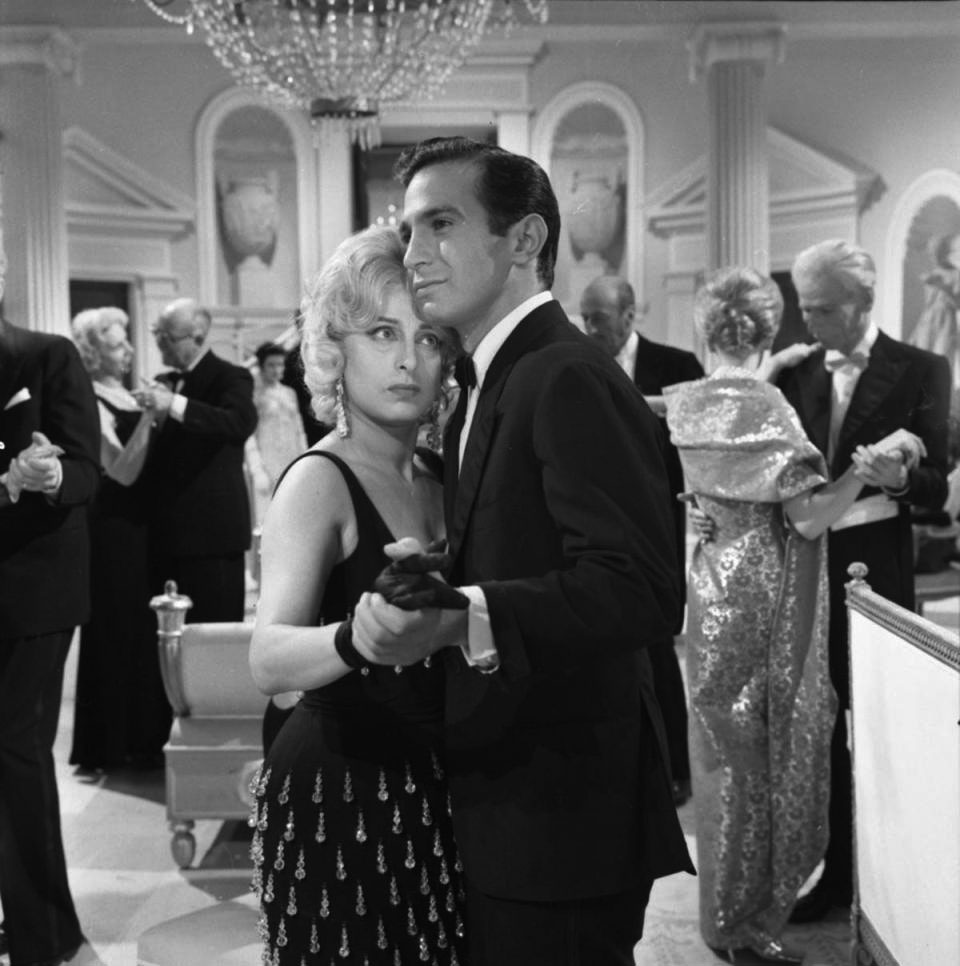 Risate di Gioia (1960) “Miracolo! Miracolo!” bellows desperate-to-be-noticed extra Anna Magnani, amid cardboard sets on yet another cheapo spear-and-scandal epic at Cinecittà. Then, when the company breaks for New Year’s Eve, she goes for the glam via blonde wig, silver fox (complete with head), and bespangled evening gown for that all-night party - but where’s the rest of the gang? Oh well, there’s still time for an instant crush on cheap, but dapper, crook Ben Gazzara, who’s rousted her on-the-skids fellow thesp Totò to help roll the revelers. And through the long New Year’s night, the trio encounter drunken Yank Fred Clark (How to Marry a Millionaire) at the Fontana di Trevi (in send-up of Fellini’s La Dolce Vita, released only months before), perform an impromptu Music Hall turn, wade through a mansion awash with German bluebloods, among an assortment of gigantic parties and banquets, and peek in at early Mass - and the slammer - in their overnight odyssey across a festive Rome. The Italian title translates as “Joyful Laughter.” Based on stories by Alberto Moravia (The Conformist). Approx. 105 min.  DCP.

Restored by Fondazione Cineteca di Bologna at L’Immagine Ritrovata.
Special Thanks to Rai Cinema and Titanus. 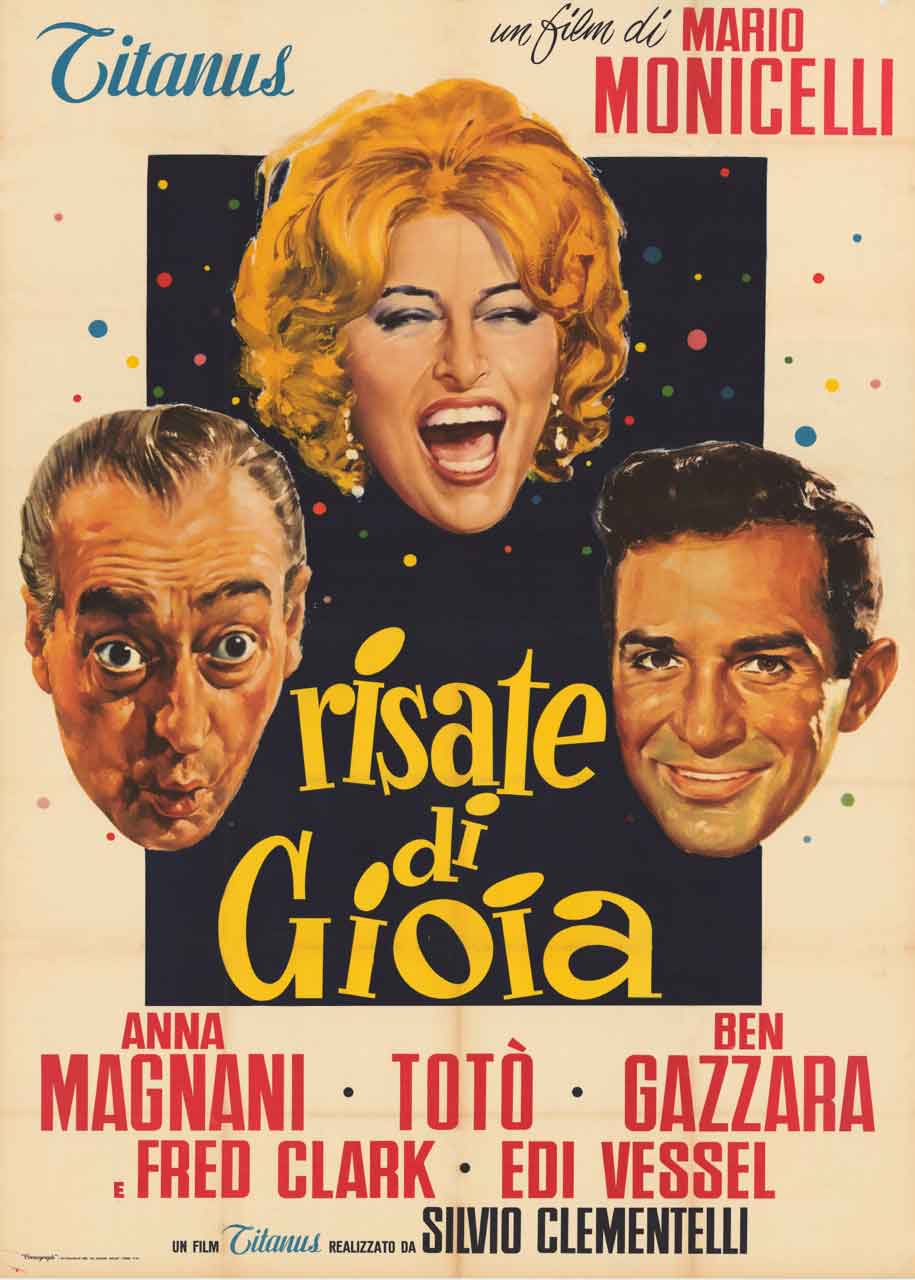 “FUN AND FROTHY! Like a long night of champagne without the hangover.”
– Time Out New York

“Monicelli opens The Passionate Thief with a gorgeous montage of Rome at Christmastime, a world of tinsel-festooned shop windows and cheerful winter neon. It’s dazzling enough that you might wonder, momentarily, if anything that follows could live up to it. And then there’s Magnani… pulling out all the stops for the evening, going straight over the top, as if a wig could make a woman larger than life. But beneath, it’s just Magnani, if there ever could be such a thing as ‘just’ Magnani.”
– Stephanie Zacharek, Village Voice
Click here to read the full feature

“A GEM! MONICELLI AT HIS PEAK!”
– Cahiers du Cinéma

“Reunites Totò with the magnetic Magnani, his frequent stage partner during the 1940s, and for one of the few times in his career he cedes the spotlight to someone else, giving an unusually subdued performance as a middle-aged bit actor… Monicelli takes a number of digs at the Church and the dolce vita of the privileged (even poking fun at the Fellini film); his heart is with the little people, who cling to their humor and dignity as means of survival.”
– Ted Shen, Chicago Reader

“Chronicles a New Year’s Eve that turns into a disaster for a pathetic trio of good-for-nothings… Monicelli uses Rome’s natural décor as an open air theater… Deserted plazas, crowded night clubs, La Dolce Vita’s Fontana di Trevi, a gothic villa filled with German aristocrats, and construction sites at dawn rise like a black and white dream… This sparkling nocturnal marathon probably owes a lot to the Fellini of La Strada and the Visconti of the White Nights. But, in the best neorealist tradition, Monicelli extracts from these ‘useless’ characters a tragicomic dimension.”
– Vincent Malausa, Cahiers du Cinéma