THE TALES OF HOFFMANN 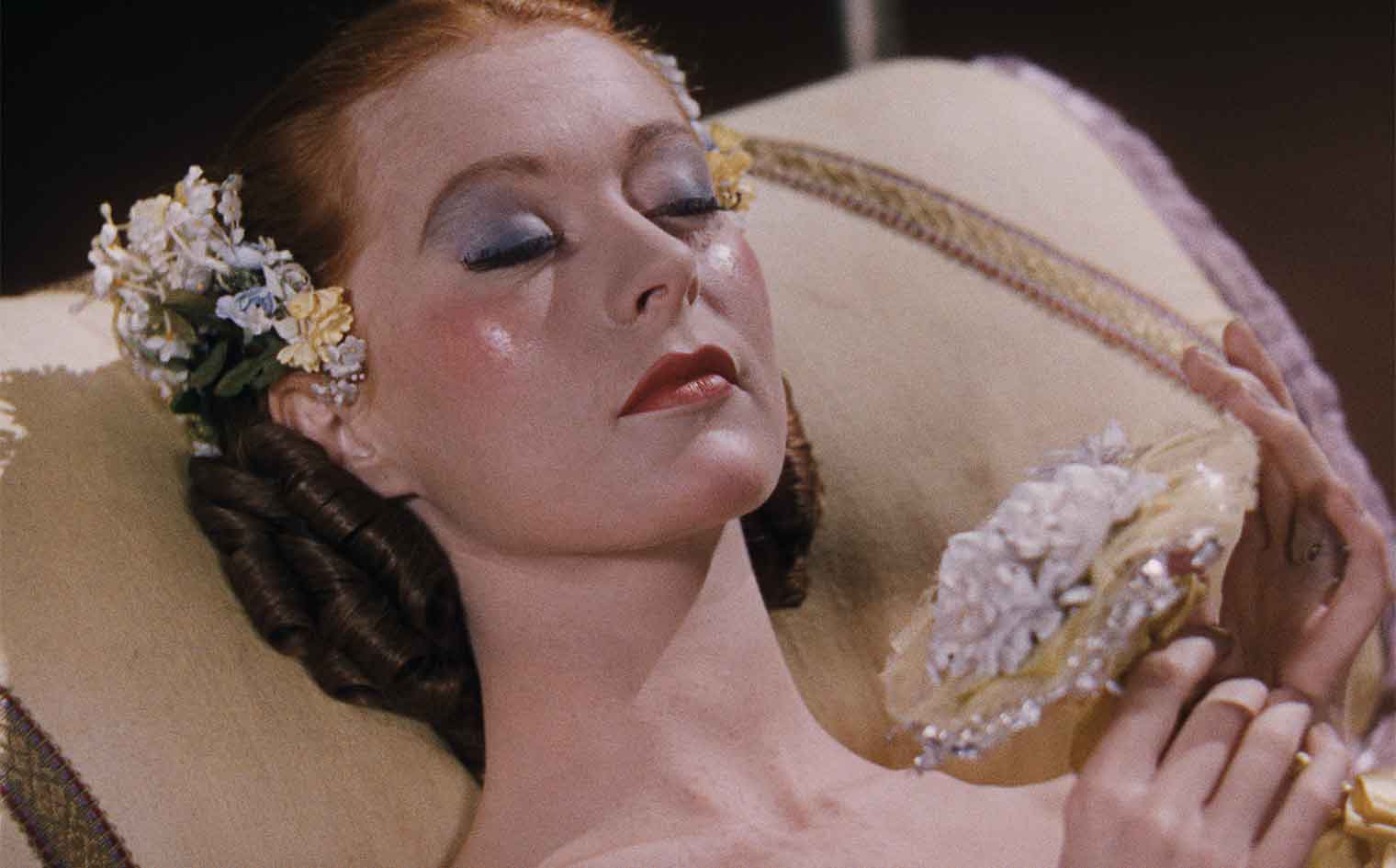 (1951) As Moira Shearer (the prima ballerina of The Red Shoes) pirouettes through the Dragonfly pas de deux, a scheming Robert Helpmann intercepts a backstage billet-doux, as Robert Rounseville’s Hoffmann recounts for his cronies in a smoky next-door tavern the tales of his three lost loves: Shearer again as the mechanical protégée of Diaghilev legend Leonide Massine; Ludmilla Tchérina as a Venetian courtesan; and Ann Ayars’ Greek-islanded soprano who mustn’t sing. Casting dancers (except for Rounseville and Ayars) who embody the choreography of Frederick Ashton against the delirious designs of Hein Heckroth — color-coded gold, red, and blue respectively for each of the episodes — with a menacing Helpmann Hoffmann’s nemesis throughout, Powell and Pressburger’s adaptation of comic operetta roi Jacques Offenbach’s sole opera realized Powell’s dream of a complete “composed film,” what he had achieved in the climax of Black Narcissus, the whole of the mise en scène edited to a pre-recorded score, in this case conducted by Sir Thomas Beecham (see Unfaithfully Yours, April 15), who had originally suggested the work, glimpsed in a telling cameo at the finale, with a wry visual gag as the topper. A favorite film of both Powell and Pressburger booster Martin Scorsese and, more surprisingly, horror icon George Romero, who first saw it at age eleven: “It just took me into another world in terms of its innovative cinematic technique. It really got me going.” This new restoration, supervised by Thelma Schoonmaker Powell, wife of the director and Scorsese’s longtime film editor, is the most complete version ever seen in this country. Approx. 133 min. DCP.

Restored by the Film Foundation and the BFI National Archive, in association with StudioCanal.
Restoration funding provided by the Hollywood Foreign Press Association, the Franco-American Cultural Fund: A unique partnership between the Director’s Guild of America (DGA), the Motion Picture Association of America (MPAA), the Société des Auteurs, Compositeurs et Editeurs de Musique (SACEM), and the Writers Guild of America West (WGAW), the Louis B. Mayer Foundation, and the Film Foundation. 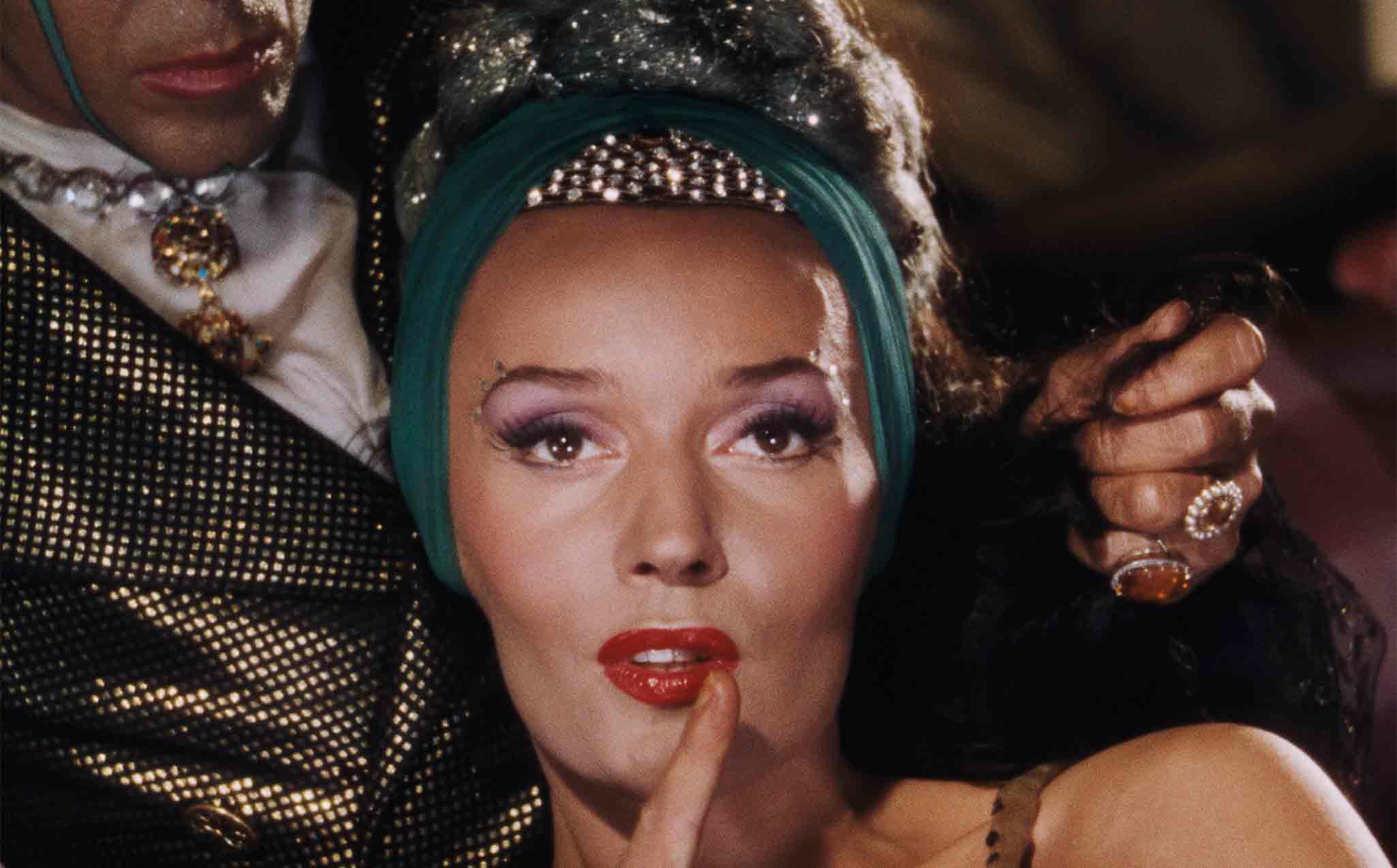 [highest rating]
CRITICS’ PICK!
“A DREAM FOR LOVERS OF PURE SPECTACLE! One of the most visually sumptuous films ever shot… resplendent in primary colors and crammed with the painterly backdrops and sly camera tricks that were Powell’s stock-in-trade. Comes close to genius as a shock of pure cinema.”
– Time Out New York

“THE PINNACLE OF CINEMATIC ART! [Combines] music, dance and cinema into a captivating whole in lush Technicolor…the phantasmagorical quality of this intoxicating fantasy also evokes the magic-lantern projections that brought phantoms and demons to life in the darkness before the invention of motion pictures.”
– Kristin M. Jones, Wall Street Journal

Click here to read Sheila O'Malley's interview at RogerEbert.com with Thelma Schoonmaker Powell on the restoration of The Tales of Hoffmann

“A HELLZAPOPPIN’ OPERA! AS INTENSELY EXPRESSIONISTIC AS ANY FILM SINCE CALIGARI! Powell and Pressburger were never as grand or wildly sensual.”
– Michael Atkinson, Village Voice

"TRULY UNLIKE ANYTHING I’D EVER SEEN BEFORE! EVERY ELEMENT TRANSFIXED ME!”
– Martin Scorsese

“Reveals a kaleidoscope of references, not only to German romanticism, but to cinema, painting and theater. Here, truly, ‘all art is one’... Emerges as the locus classicus of all of Powell and Pressburger’s most distinctive ideas and images. Here the graphic fantasy of Disney and Eisenstein’s notion of ‘synesthesia’ join forces — as those two great artists once hoped they would... Flaunts its evident economy of means, creating sumptuous décor from simple drapes, a grand staircase merely painted in perspective on the floor - its stylization becomes a constant metaphor for the transforming power of imagination through art.”
– Ian Christie

“The perfect combination of music, dance, song, acting, design and beautiful women. As Cecil B. DeMille had said, you can have everything.”
– Michael Powell

THE TALES OF HOFFMANN/ Intro by George Romero

THE TALES OF HOFFMANN / Intro by Paul Cremo