7,000 square miles of Brazil’s endangered rainforest are home to the remaining 183 Indigenous Uru-eu-wau-wau (once numbering in the thousands).Threatened by farmers, loggers, and, most egregiously, by the militant right-wing policies of President Jair Bolsonaro (who actively encourages non-Indigenous people to seize their land), the tribe’s charismatic 20-year-old leader strategizes against the violent incursions, death threats, and environmental destruction that have become the norm.

With support from the Richard Brick, Geri Ashur, and Sara Bershtel Fund for Social Justice Documentaries and the Robert E. Appel Fund for Spanish and Portuguese Language Film.

“The film is gorgeously and sometimes ingeniously conceived, painting an intimate first-hand portrait of joy, pain, and community, before bursting with rip-roaring intensity as it captures a high-stakes struggle for survival… Various members of the tribe are heavily involved (in the filmmaking) from the outset, including its co-executive producers (and co-cinematographer)… Rather than an anthropological study, it becomes a verité thriller of sorts, as the Uru-eu-wau-wau turn the lens back on outsiders and disruptors.”
– Siddhant Adlakha, IndieWire

“A striking first feature… as well as a notable collaborative work. Its producers include Darren Aronofsky, and its subject, the Indigenous Uru-eu-wau-wau people of Brazil, helped make the film… Its strength lies in the way it offers intimate access to people on several clashing sides of the situation, making for a complex, layered and thoughtful examination. (The film) poses important questions about progress - specifically, the pioneer spirit that has often gone hand-in-hand with genocide, and the destruction of tribal lands in the Americas.  Macro shots of gorgeous creepy-crawlies provide a vivid sense of the diversity of the forest, enhanced throughout by an immersive sound design, rich with the songs of birds and insects.”
– Sheri Linden, The Hollywood Reporter 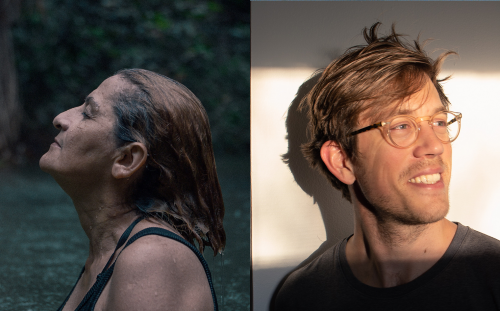