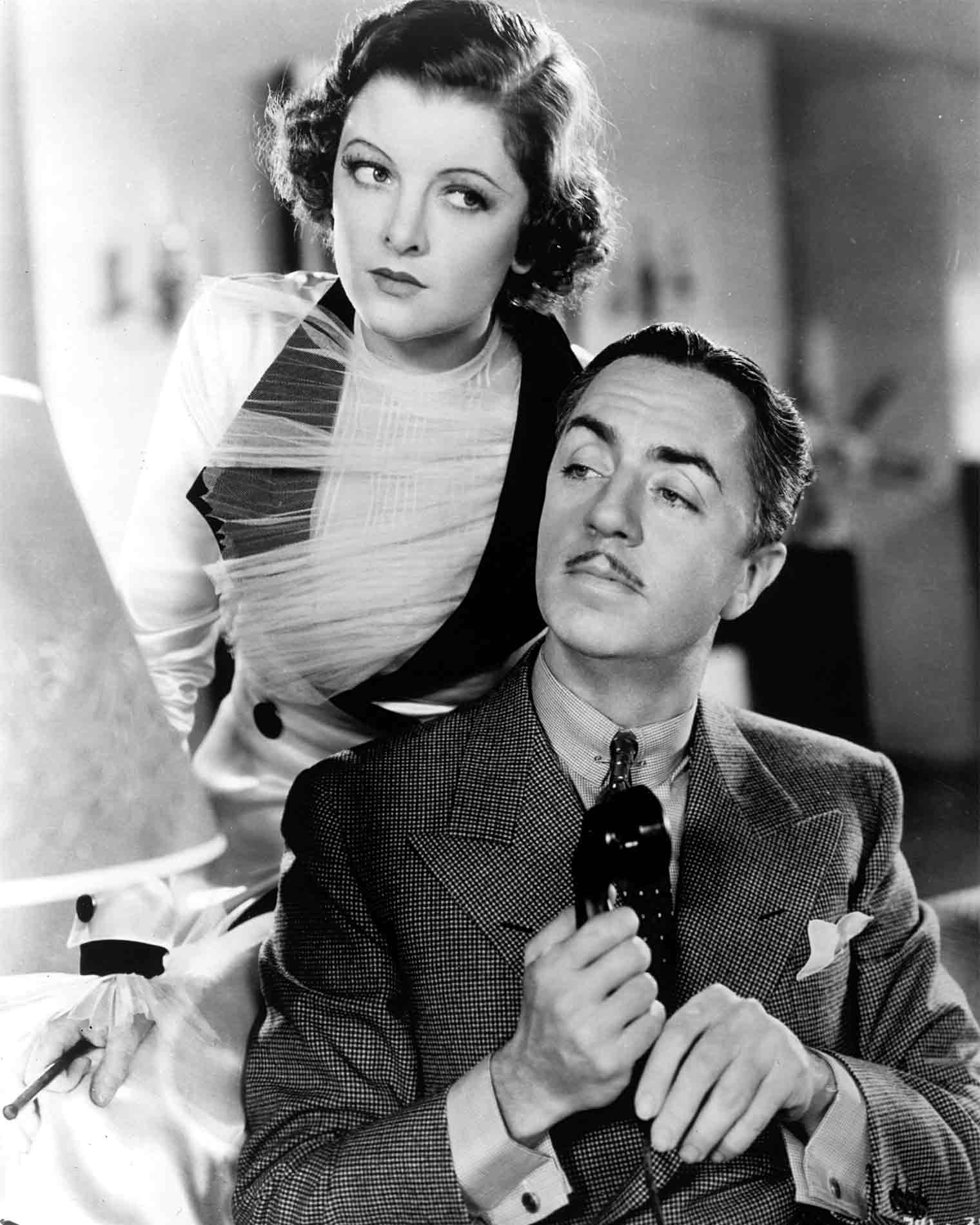 (1934, W.S. Van Dyke) William Powell’s Nick Charles and Myrna Loy’s perfect wife Nora take a break from cocktail quaffing to solve a baffling murder, in the picture that wed the whodunit  to screwball comedy. Based on the Hammett novel. “Turned several decades of movies upside down by showing a suave man of the world who made love to his rich, funny, and good-humored wife.” – Pauline Kael. Approx. 91 min. 35mm.
3:00, 7:10

“POWELL IS TO DIALOGUE AS ASTAIRE IS TO DANCE. The drinks are the lubricant for dialogue of elegant wit and wicked timing, used by a character who is decadent on the surface but fundamentally brave and brilliant."
– Roger Ebert, Chicago Sun-Times

"POWELL IS THOROUGHLY IN HIS ELEMENT! Excellent combination of comedy and excitement.”
– Mordaunt Hall, The New York Times

“A MARVELOUS BLEND OF MARITAL FAMILIARITY AND CONSTANT COURTSHIP, PIXILATED FANTASY AND CHILDLIKE WONDER. None of the five sequels that followed (1936-47) recaptured quite the same flavour.”
– Tom Milne, Time Out (London)

AFTER THE THIN MAN

“ONE OF THE MOST ELEGANT SEQUELS.”
– Dave Kehr, Chicago Reader

“Dashiell Hammett's sense of humor has endured, W. S. Van Dyke retains his directorial facility and William Powell and Myrna Loy still persuade us that Mr. and Mrs. Nick Charles are exactly the sort of people we should like to have on our calling list on New Year's Day and for all the rest of the year… We won't mention the details. It will be better for you to enjoy them for yourselves. We warn you that you will.”
– Frank S. Nugent, The New York Times

“Surprisingly successful sequel with Powell and Loy as charmingly witty as ever as the bibulous sophisticates Nick and Nora Charles, reveling in sparkling dialogue as they solve a murder.”
– Tom Milne, Time Out (London)