(1979, Philip Kaufman) 1963, the Bronx, and Italian gang The Wanderers battle with the Baldies, dispute with the all-Black Del Bombers, as leader Ken Wahl dallies with both Karen Allen and Toni (The Sopranos) Kalem, one member defects, one gets beaten to death, one gets shotgun-married, two head out to California, and the peacemaking football game is invaded by those Ducky Boys. From the novel by Bronx native Richard Price.  DCP. Approx. 117 mins. 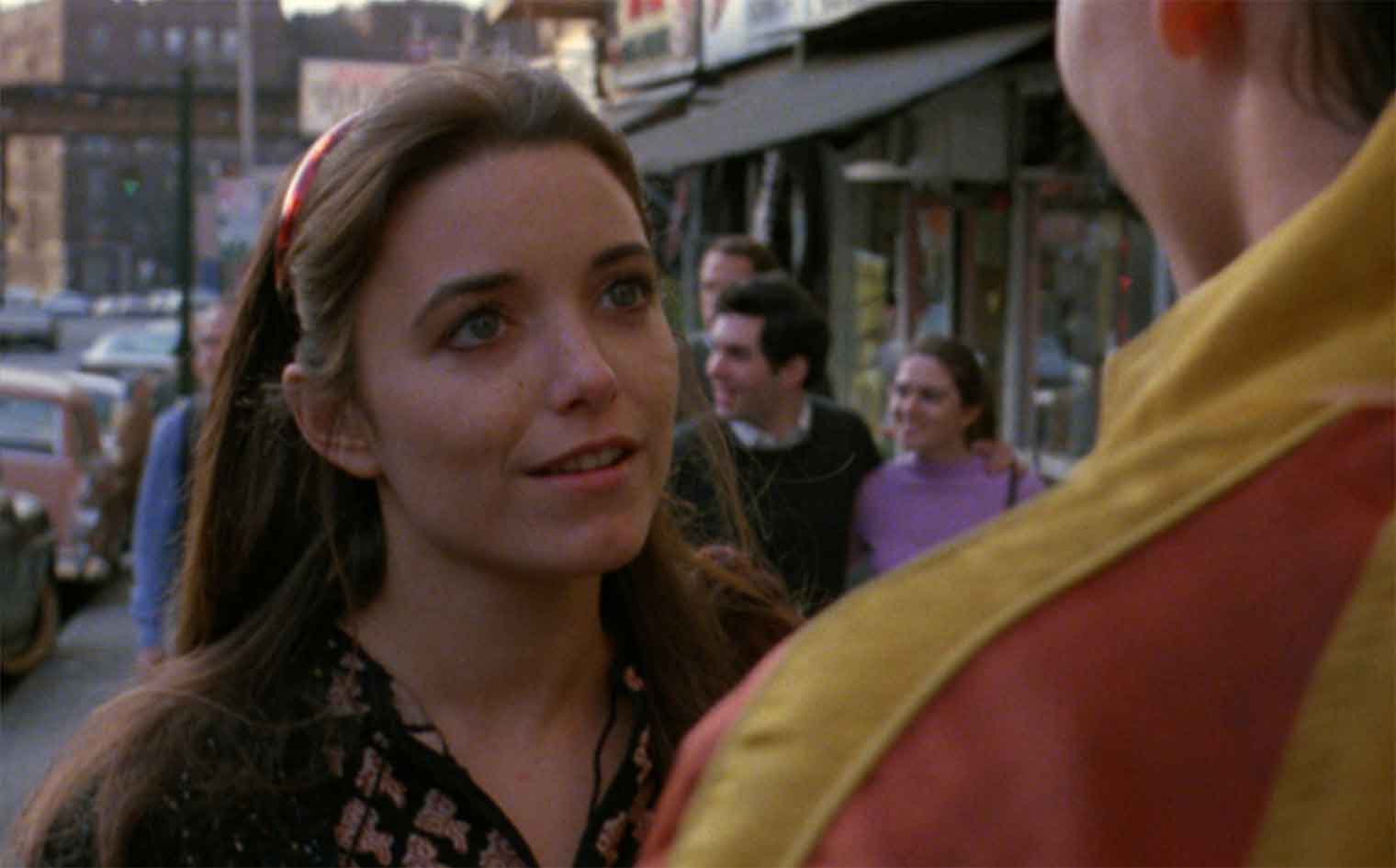 “Doesn’t whitewash the ’50s; instead of squeaky-clean nostalgia, [Kaufman’s] tale of a Bronx gang is filled with dirty sex and violent rumbles, and we wouldn’t have it any other way.”
– Joshua Rothkopf, Time Out

“Like George Lucas in American Graffiti, Kaufman aspires to more than a timelessly gritty fable. He is attuned to the epochal transition from the fifties to the sixties… Kaufman also hones his special talent for balancing parody and elegy, which peaked with The Right Stuff four years later. True to Richard Price’s source novel, and anticipating his subsequent prodigiousness as a chronicler of the culture of the American city, the script elevates the vulgarity of street life to sardonic urban poetry… If The Wanderers now scans as a picaresque curiosity, it is a smart and knowing one. “
– Jonathan Stevenson, Brooklyn Magazine

“HYSTERICAL. A slippery meta chimera, American Graffiti by way of Mean Streets. Nostalgia drips from its sounds and images like reverb from the surf-rock guitars of every third needle drop, but Kaufman's aim isn't to romanticize leather-clad, pompadoured, dimwitted masculinity. This was his last comedy, and he picks apart tribalism with scientific curiosity and French New Wave–level claustrophobia.”
– Scout Tafoya, The Village Voice

“An urban kind of all-American fantasy. What revs up the movie and keeps it humming is the driving energy of early rock, with its innocent/rebellious spirit, and its theme that teens must find their own ways to love and fight.”
– Michael Sragow, The New Yorker

THE WANDERERS: Q&A with Philip Kaufman via Skype