Michael Roemer's
VENGEANCE IS MINE

Unsuccessfully trying to close old family wounds on a trip back to the Rhode Island home of her miserable childhood, a troubled Brooke Adams (DAYS OF HEAVEN, INVASION OF THE BODY SNATCHERS) finds her new friendship with neighbor Trish Van Devere has her stuck in another family drama. A continuation of writer/director Roemer’s earlier insights on fraught relationships (NOTHING BUT A MAN, THE PLOT AGAINST HARRY, etc), though considerably more pointed.

“With Brooke Adams in fine form as the young woman fleeing an unhappy marriage and taking refuge with a family in a more drastic state of disintegration than her own, this out-and-out melodrama sees her confronting as heavy a mix of cruelty, confusion and incipient insanity as Barbara Stanwyck ever had to face in the ’50s. It impresses due to a careful script and superb naturalistic performances.”
— Geoff Andrew, Time Out 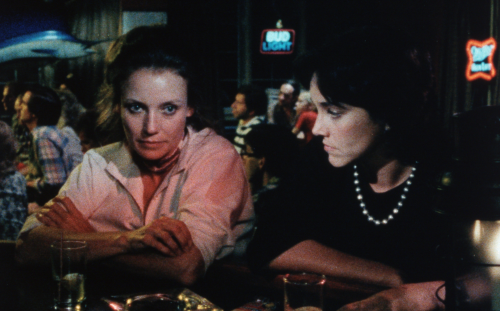