Each film will be available for 2 weeks only!

Available through Tuesday, November 17
Featuring a discussion with Wiseman and Oscar nominees Heidi Ewing & Rachel Grady (JESUS CAMP)
NOTE: The discussion is a separate file that starts immediately after the feature ends. Please play the film through the end credits to watch the discussion.

“As open and revealing as filmed experience has ever been. You look misery in the eye and you realize there’s nothing to be afraid of… By the end we are so thoroughly involved… that tears well up, because we simply have no other means of responding to the intensity of this plain view of the ordinary activities in Metropolitan Hospital.”
– Pauline Kael, The New Yorker

Available through Tuesday, November 3
Featuring a discussion with Wiseman and Academy Award winner Elizabeth Chai Vasarhelyi (FREE SOLO)
NOTE: The Q&A is a separate file that starts immediately after the feature ends. Please play the film through the end credits to watch the Q&A.

“Its portrait of ballet dancers at work has no parallel.”
– The Washington Post

“[Wiseman] follows American Ballet Theatre’s dancers, choreographers, and backstage personnel through the arduous construction of a dance. Whether he’s recording a ballet master’s interview with a young hopeful or observing Natalia Makarova giving instructions in the projection of glamour and allure, Wiseman remains transfixed by the rigorous and highly traditional notion of beauty that the workers are trying to honor.”
– The New Yorker

Available through Tuesday, November 10
Featuring a discussion with Wiseman and Academy award winner Errol Morris (THE FOG OF WAR)
NOTE: The discussion is a separate file that starts immediately after the feature ends. Please play the film through the end credits to watch the discussion.

(1978) SINAI FIELD MISSION documents the routine activities of the electronic technicians who operate the United States Sinai Field Mission, the early warning system established in 1976 to help carry out the disengagement agreement between Egypt and Israel following the 1973 war.

Presented with support from the Joan S. Constantiner Fund for Jewish and Holocaust Films, donated by Leon Constantiner and Family.

“The man with the push broom in the middle of the desert, the Texas techies (from some bizarre organization called ‘E-Systems’), the endlessly marching Ghanaians and Finns, the lonely, enervated one-person basketball games, the bicycle rider straining himself on a hill to nowhere. Sisyphus without the grand illusions. In sum total: a feeling of immense dislocation, meaninglessness, and isolation… What more can you say? Oh yes, it’s about the UN peacekeeping forces in the Sinai. Trapped inside a windowless bunker and surrounded by a chain-link fence and razor wire, the Texans, Finns, and Ghanaians try to keep the peace. After a short while, they inevitability start fighting with each other… Many people have written or filmed unending paeans to the human race, the nobility of man, the endurance of human spirit. But they have described man as we might like him to be, with little regard for how he is. Wiseman has had the honesty and supreme decency to portray human society for what it is: a madhouse.”
– Errol Morris, excerpted from “Frederick Wiseman: The Tawdry Gruesomeness of Reality,” The Paris Review (2011) 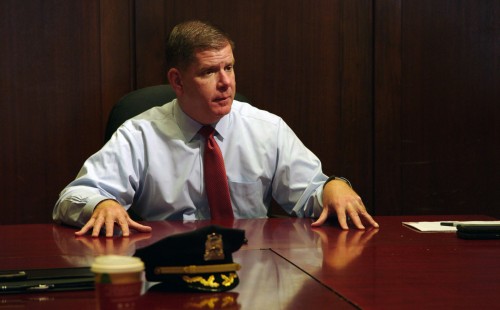