(2007) Roy Andersson’s second installment in his “Living Trilogy” (which premiered at Film Forum in 2009) is an absurdist take on the everyday foibles of human nature. He couples his iconic visual style (stationary shots, a monochromatic palette of grays and greens) with a meticulous eye for composition (compared by some critics to the work of New Objectivity German painters Otto Dix and Max Beckmann) to yield a brilliant succession of dreamlike tableaux: a distraught man complains of his financial woes while his wife tries to make love to him; a drunken woman shouts “No one understands me” to a bar full of silent patrons; a man waiting in line to buy a train ticket changes queues repeatedly, to no advantage; and a tour-de-force shot of a bride and her electric-guitar-playing groom sailing along in a house moving like a train. Running the gamut from quotidian struggles to big philosophical questions of love, sympathy and purpose in an uncaring world, Andersson brings a blast of distinctive Nordic humor to our universal woes. DCP. Approx. 95 min. In Swedish with English subtitles. Special thanks to Kino Lorber for making this screening possible.

This rare screening is presented in association with Film Forum’s run of the documentary on Roy Andersson, BEING A HUMAN PERSON, opening July 2.

“CRITIC’S PICK. Extremely funny… The director, a prolific and inventive maker of television commercials, works in the comic tradition of Buster Keaton and Jacques Tati, constructing visual gags that are at once painstakingly elaborate and gratifyingly simple. Using a mostly stationary camera, he turns the frame into a kind of live-action newspaper cartoon panel. The jokes are sometimes broad, sometimes sublimely subtle and sometimes, somehow, both at once… But while the film is abstract and elusive, it is never dull or inaccessible. The drab color scheme -- muted blues and washed-out yellows -- attains a delicate, painterly beauty, and the disconnected scenes have the force and coherence of short poems. Zen limericks, perhaps, or vaudevillian haikus.”
– A.O. Scott, The New York Times

“Hypnotic. In some ways a comedy with a twist of the knife, and in other ways, a film like nobody else has ever made — except for its director, Roy Andersson of Sweden… There’s joy in watching a movie like YOU, THE LIVING. It is flawless in what it does, and we have no idea what that ;is.”
– Roger Ebert

“Like a hypnotic succession of sumptuously mounted Beckettian tableaux. [Andersson] is radically different from anyone else, with a technical, compositional rigor that puts other movie-makers and visual artists to shame. And he really is funny.”
– Peter Bradshaw, The Guardian (UK)

“One of the supreme absurdists of our time, Andersson serves up a series of immaculately conceived vignettes of appalling urban life… they’re constantly surprising and often outrageously funny.”
– David Thompson, Film Comment 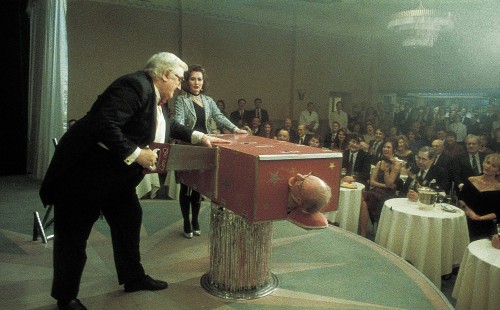 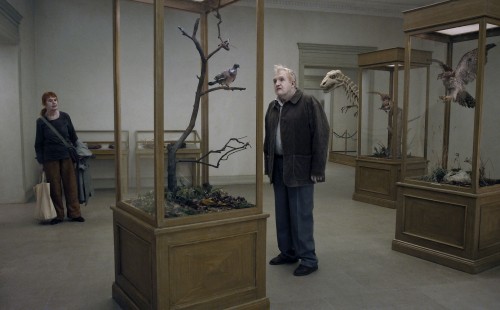 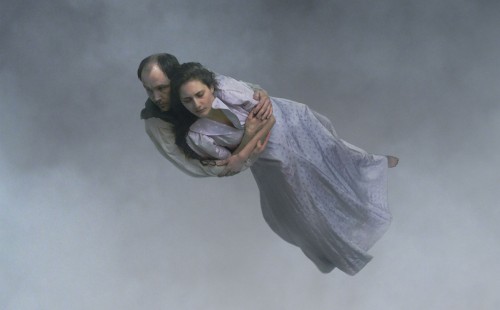