American Matchmaker will be preceded by a live “Yiddish vaudeville” performance by actor Shane Baker and silent film composer/accompanist Steve Sterner on Wednesday, June 5 at 12:30.

As director of the Congress for Jewish Culture, The New York Times dubbed Baker “one of the most prominent proponents of Yiddish theater, language and culture in New York.” He has played Vladimir in his own Yiddish translation of Samuel Beckett’s Waiting for Godot both Off-Broadway and internationally; and has also appeared Off-Broadway in co-creations with Allen Lewis Rickman: Tevye Served Raw and The Big Bupkis! These days he keeps busy presenting the world’s only Yiddish drag show, Introducing Mitzi Manna in Her First Ever Final Farewell Tour.

One of Baker’s mentors, Luba Kadison Buloff, was in the original stage production of The Dybbuk in Warsaw in 1920. 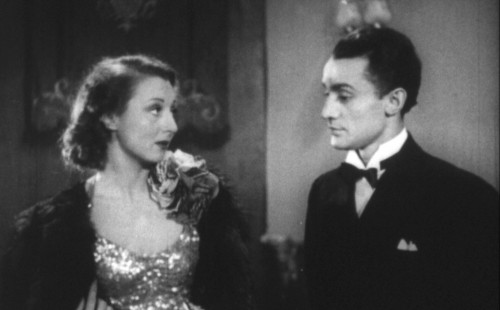