Film historian and festival programmer Donald Bogle is the leading authority on African American images in American movies and wrote the definitive biography on Dorothy Dandridge. His first book Toms, Coons, Mulattoes, Mammies, and Bucks: An Interpretive History of Blacks in American Films is a seminal work on the subject and is widely used in colleges, universities, and cultural centers throughout the country. Mr. Bogle’s other books include: Boulevards, Bold Dreams: The Story of Black Hollywood, Brown Sugar: Eighty Years of America’s Black Female Superstars, Blacks in American Film and Television: An Illustrated Encyclopedia, Primetime Blues: African Americans on Network Television, and bestselling biographies of African American icons Dandridge and Ethel Waters, both featured prominently in the Film Forum festival. His most recent book is the lavishly illustrated and celebrated Hollywood Black: The Stars, the Films, the Filmmakers. Mr. Bogle teaches film history at NYU’s Tisch School of the Arts and the University of Pennsylvania. 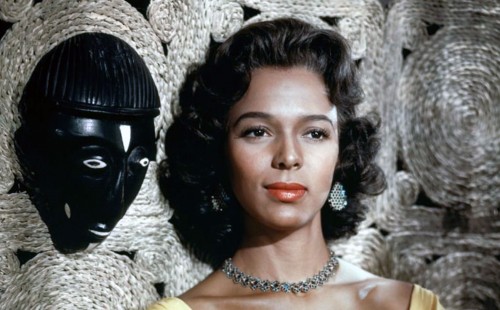 ISLAND IN THE SUN